Portugal Resident
Home Original Football is not for divers 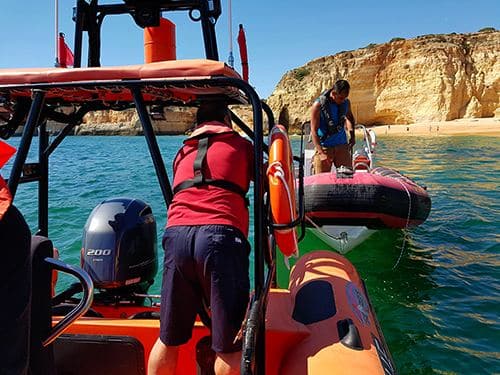 The days of theatrical dives in football could soon be at an end following the development of revolutionary anti-dive shin pads.

The pads have built-in sensory magnets and alarms and the designers believe they have the potential to spell the end of blatant cheating.

Product designer Andy Shaw said: “We’ve got sensors built into the front of the shin pad and we’ve got an alarm on the side.

“So if someone dives, the sensors won’t go off and the alarm won’t sound. If there’s a genuine impact, the alarm will sound so we’ll be alerted to the fact there’s been a foul.”

Former Premiership referee Jeff Winter was on hand to see the pads for himself and while a huge supporter of trying to stamp out diving in the game, he admitted to some reservations about the new technology.

He said: “I’m not too convinced that we’ll see bleeping shin pads in the Premiership in the foreseeable future. I’ll settle in my life time for seeing goal line technology.

“Perhaps the only way we’re ever going to see if I’m right or whether the pundits are right is to actually trial it and do it in a friendly game of football and then we’d see if indeed it did work.”