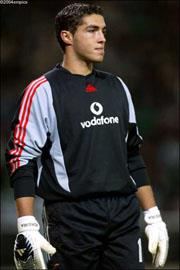 BENFICA WON the pre-season Dubai Cup and over one million euros in prize money without actually scoring a goal during regular play. The Lisbon club overcame both Bayern Munich and Lazio Rome by triumphing in penalty shoot-outs at the end of 90 minutes. Olympic Marseille were the other team taking part in the competition held in the United Arab Emirates.

THE TRUTH about the controversial group match between Germany and Austria during the 1982 World Cup has finally emerged. Former Alpine Republic defender Walter Schachner has admitted that both teams entered into a non-aggression pact following Horst Hubresch’s 13th-minute opener, the 1-0 result guaranteeing progression to the next phase for the two neighbouring countries.

PORTUGAL WILL take on Brazil in a friendly encounter at Arsenal’s Emirates Stadium on February 6. The game will give manager Luiz Felipe Scolari the opportunity to test players such as Maniche, Costinha, Petit, Nuno Valente and Ricardo Costa, for various reasons left out of the last Euro 2008 qualifier against Kazakhstan.

CLINT DEMPSEY has become the most expensive US export to the Premiership in joining Fulham for three million euros. Meanwhile, Owen Hargreaves’ protracted move to Manchester United may be hi-jacked by Chelsea, who are said to have turned Bayern Munich’s heads with a Arjen Robben part-exchange offer.

The weekend saw a return to normality with clear cut victories for all four teams currently occupying the Champions League qualifying places. On current form Manchester United, Chelsea, Liverpool and Arsenal should be hard to dislodge during the latter half of the season.