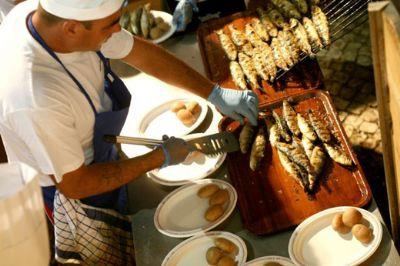 Summer gastronomic festivals in the Algarve remain popular among locals and visitors to the region.

Portimão’s 15th sardine festival, held from August 7 to 16, and Olhão’s 24th seafood festival from August 10 to 15 attracted 126,000 people in total, with the latter registering numbers that exceeded 60,000, “an increase on previous years” according to organisers.

The sardines in Portimão attracted more than 66,000 people, but proved less successful than last year which registered a record number of 80,000 visitors.

Portimão Câmara hoped to beat the record of seven tonnes of grilled sardines consumed, but was half a tonne away from achieving it.