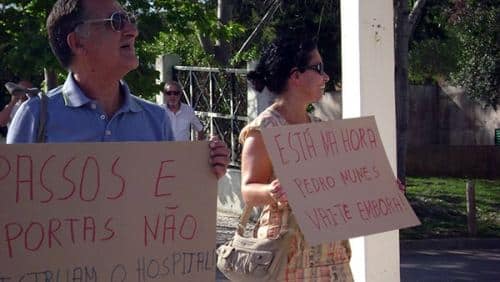 The Banco Alimentar contra a Fome (Food Bank) in Faro raised around €24,000 worth of food up to July through the Food Bank Federation’s paper collection campaign.

Launched in late December 2011“Papel por Alimentos” (Paper for Food), the campaign sees the Food Bank working in partnership with recycling company Quima, which is donating €100 worth of food to the Food Bank, for every ton of paper collected.

In the first five months of the year, over a thousand tons of paper (around €130,000) was collected across the country’s 17 Food Banks.

According to data from the Food Bank in Faro, the councils of Faro (73 tons), Olhão (44 tons) and Loulé (30 tons) are the Algarve’s biggest donors so far. Most of the old newspapers, magazines, photocopies and envelopes were delivered to the Faro’s Food Bank premises by local charities, Government institutions and schools.

There are several collection points spread across the Algarve, besides the Food Bank in Faro, including the ARS (the regional health administration which comprises all of the region’s public hospitals and health centres), Nossa Senhora do Amparo social centre in Portimão, the Hilton Vilamoura As Cascatas Golf Resort & Spa and the Christian church Palavra Viva in Tavira.

The Food Bank based in Faro has already requested €7,000 worth of food from Quima as a result of their paper collection in the first three months of the year.