It is called ‘Followbirds’ and aims to be the trusty tool of birdwatchers all over the Algarve, making their birdspotting experiences easier than ever.

The new smartphone app has been launched by Barbara Pintar, a 31-year-old Slovenian student who developed the idea as part of her Master’s thesis at the University of the Algarve where she was studying Communication Design for Tourism and Culture, and 40-year-old Catalan IT technician Jordi Sabat who helped create the app.

Barbara was inspired to create the app when she saw just how much weight birdwatchers have to carry around with them due to heavy guides and books.

“I figured that it would be perfect if they had access to a practical, light, simple and dynamic tool that allowed them to access all the information they need on the spot,” she told Barlavento newspaper.

‘Followbirds’ provides detailed information on 400 birds, including sound bites for each bird so that birdwatchers know what they sound like and what noises they make. The app even details what sounds they make depending on what part of the Algarve they are in.

“Often birdwatchers hear the birds before they see them, which makes this aspect of the app very, very important,” Barbara explains.

Also detailed are some of the best birdwatching routes in the Algarve, what type of birds can be found, which are the best times of year to visit and many other helpful tips.

The app also allows users to take notes and save them on the app, with the plan being to eventually allow them to share their notes with the whole ‘Followbirds’ community.

For now, ‘Followbirds’ only provides information about birds that can be found in the Algarve, but the goal is to include all of mainland Portugal as well as the Azores and Madeira. Hopes are that ‘Followbirds’ will be developed over time into a tool that can be used in the Iberian Peninsula and all over Europe. As Jordi explains, most of the users who have downloaded the apps are foreigners – “especially Brits”.

The app’s Beta version can be downloaded from Google’s Play Store for Android smartphones. A version for iPhones is in the pipeline as is the expansion of the app’s services and partners.

“We are looking for tour operators in Portugal who want to promote their services on our app. They won’t have to pay anything for joining us and can even help develop our content if they wish to do so,” the duo says.

The app is also “constantly being updated”, which Barbara and Jordi feel is a clear advantage over any books that birdwatchers may buy.

For more information about the app, visit https://followbirds.com 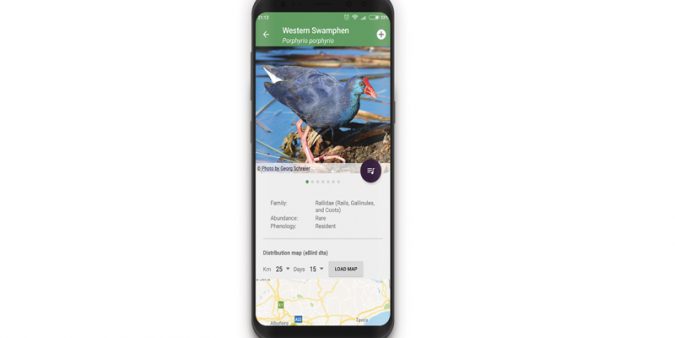