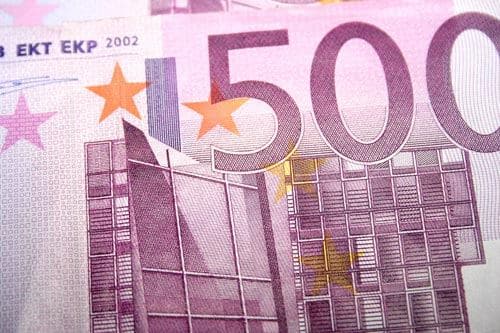 There are “so many numbers that it is difficult to decipher what they all mean”. Journalist José Carlos Marques has made a good job of trying, however – and he relates “the ruin of the Espírito Santos” in today’s Correio da Manhã’s Domingo magazine.
“Perhaps the number that rings out the most is the 3.577 billion euros that BES presented as losses on its dealings over the last year”, he writes.
“It’s the number that brought the final blow to the power of the Espírito Santo family over the bank founded by their grandfather almost 150 years ago”.
But Ricardo Espírito Santo Silva Salgado “attached other sinister numbers” to this one, explains Marques – “like the 897 million euros that holding company Rioforte owed Portugal Telecom, compromising the fusion with Brazilian telecommunication company Oi.
“And the 4.2 billion that BES Angola loaned to “people unknown” during the time it was run by its former boss and now arch-enemy of Salgado, Álvaro Sobrinho”.
Then there are more numbers – found in the personal finances of Salgado, says Marques.
These include the three million euros that the 70-year-old father and grandfather has to deliver by Monday to ensure his liberty, “after being detained and interrogated” by DCIAP serious crime investigators for almost seven hours.
There is also the 8.5 million euros that he “forgot to declare in his IRS for 2011”, and the 14 million euros that he “received from the mysterious businessman José Guilherme.
“According to the book … ‘O Último Banqueiro’ (the last banker), Salgado explained to DCIAP and the Bank of Portugal that he received this money, which he described as a “generous gift” for the advice he gave developer Guilherme over “business dealings in Angola”, writes Marques.
“Explaining just how the Espírito Santo empire toppled is complicated”, he continues, “because nothing is simple in the web of companies constructed by the family to preserve the clan’s sovereignty in business”.
All the companies were managed by people “from the five branches of the Espírito Santo family”.
As investigations continue, it’s now coming clear that “the successive financial operations between the various companies within the group could signify criminal acts”, adds Marques.
“The scale of damages is being updated daily”. In other words, as investigations continue, more and more numbers are appearing.
It started becoming clear, for instance, that “clients of BES were induced to invest in the stock of holdings of the group that are now bankrupt.
“One of the most serious cases will be that of Banque Privée Espírito Santo, founded in 1977 in Switzerland at a time when the Espírito Santo family were distanced from Portugal” (due to the consequences of the 1974 revolution).
“Clients of the Swiss bank are at risk of losing many millions”, writes Marques.
And so the intrigue, and enormity of the scandal unravels.
Already, the Espirito Santo family’s fortune has been wiped from pride of place among the country’s 25 top-rich list, but there is a bundle of collateral damage affecting other “illustrious shareholders”.
People like Patrick Monteiro de Barros (who has since resigned from the bank’s administrative board) and the families of Mosqueira do Amaral, Moniz da Maia, Teixeira Oliveira, Ferreira dos Santos and more – all themselves connected to big business both here and abroad.
Marques writes that “General Kopelipa, one of those closest to Angolan president José Eduardo dos Santos” also stands to lose “many millions”.
“Up until now, the Bank of Portugal has assured that high-street clients of BES are safe from losing what they have in their accounts”, he continues.
But that does not mean that “they, or taxpayers in general” should be reassured, Marques concludes. There is still a long, long way to go….