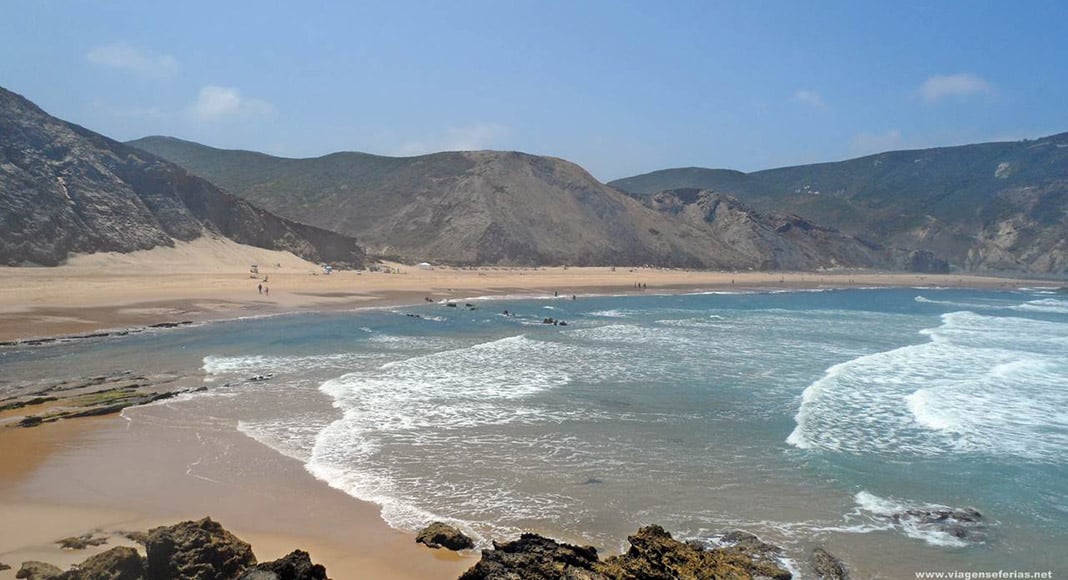 Sunday August 23 brought authorities ‘dithering’ over who should pay for lifeguard cover on a treacherous west coast into sharp focus.

Conditions were such that even surfers were keeping out of the water that day. But it was the middle of August and only seasoned locals can truly understand the dangers of this stretch of coastline.

Praia do Castelejo has seen tragedies in the past. But this is one that was waiting to happen because for 2020 the beach has had no lifeguard on duty at all.

Since the start of the ‘beach season’ – which began late, on June 7 – the issue has just been fudged.

Says Expresso, it wasn’t until nearly a month into the season that the lack of habitual lifeguard cover was ‘reported’ to the relevant authority.

Lagos ports captain Conceição Duarte told the paper however that there have been no accidents on any of the beaches stretching from Aljezur down to Lagos this summer, and ‘many of them are without lifeguards’.

“Rescues are very often made by surfers”, he told the paper – suggesting the urgency of getting a lifeguard for Castelejo simply wasn’t felt.

That was until last Sunday when six people were swept up by a riptide, all needing to be rescued by surfers and other people on the beach who actually formed a chain that saved four lives.

Two young men however weren’t so lucky (click here). Their rescues were effected by  ‘roving’ vigilance cover – in the form of Maritime Police and Sea-Watch operatives – and one of them didn’t make it. Both were recovered from the water unconscious, but only one could be resuscitated.

Now, finally, it does look as if the beach bar/ restaurant at Castelejo will be made to hire a lifeguard, but as the season ends at the end of September, the proprietor has told Expresso that he doesn’t think he will be able to find anyone.

Expresso did notice meantime that the same proprietor has been charging people who don’t eat or drink at his establishment 50 cents to use his on-site lavatories this year.

It’s another ‘anomaly’ that APA conceded was incorrect.