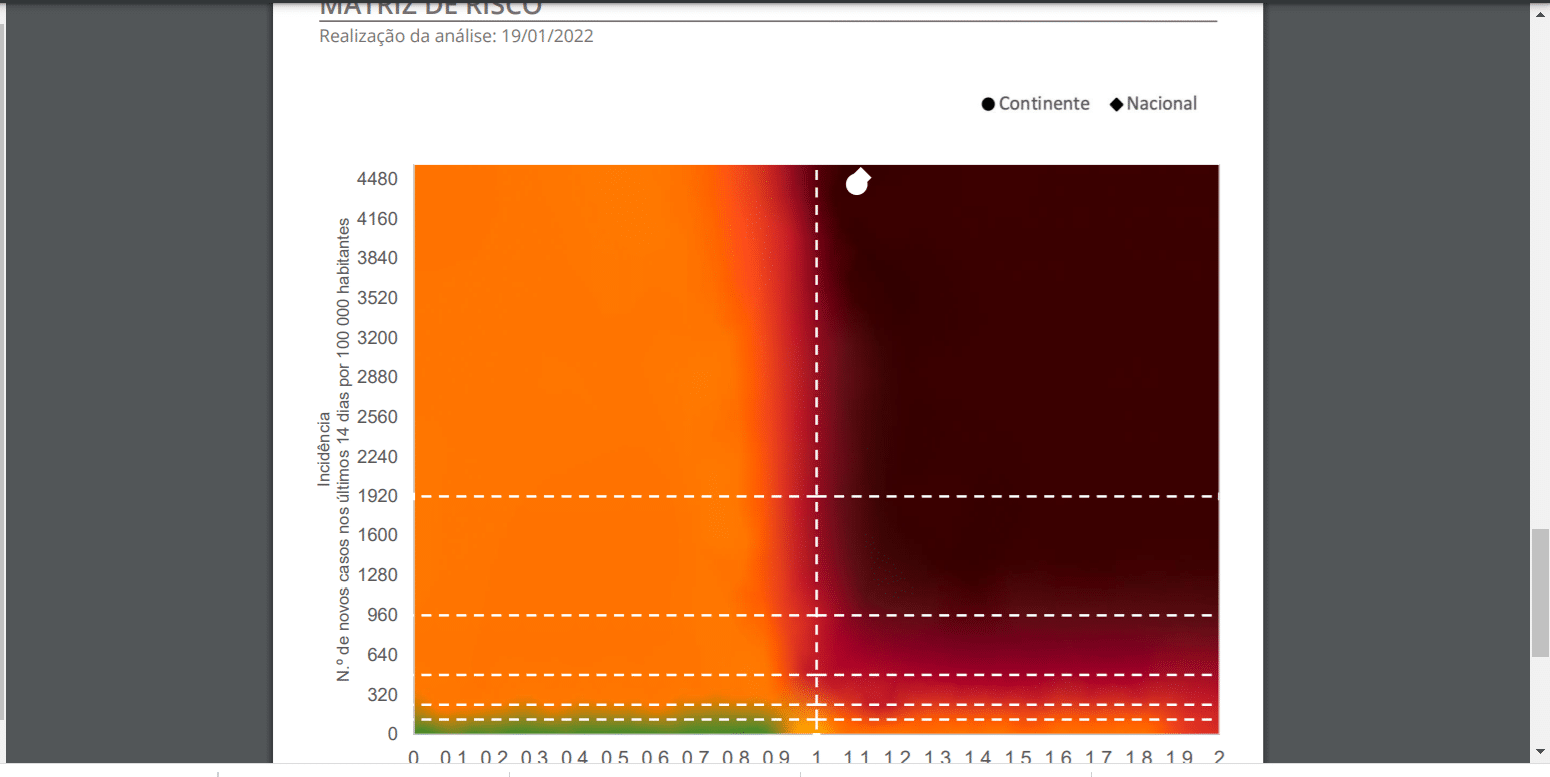 In spite of all the calls from ‘experts’ to throttle back on sensationalist headlines and ‘case counting’ that is becoming meaningless, the Portuguese media is carrying on regardless, describing the latest 24-hour case load as another “record high”.

The simple truth is that the 52,549 new cases are a record high – but a record high of something no more frightening or uncomfortable to bear than a normal winter cold.

That is the reality of SARS-CoV-2 infections in Portugal today. They are mild.

Yes, numbers are appearing in hospital – but not in any unusual amount bearing in mind the time of year: winters/ Januarys inevitably see health services stretched to the limit, particularly against a backdrop where any staff member testing positive for SARS-CoV-2, regardless of whether they are showing symptoms or not, is forced into isolation for a week, and not let out without a negative test.

Vaccinated as much the unvaccinated are caught by the high transmissibility of Omicron – and this means, healthcare workers are being laid off in droves.

Last week, experts like Gustavo Tato Borges of the national association of public health doctors (ANMSP) were calling for a change in the way Covid is monitored in Portugal (click here).

But it is a line of thinking that has not yet even been hinted at by DGS health authorities. There is still some way to go before things change.

On Monday, child psychiatrist Pedro Caldeira da Silva said it was the responsibility of the media to “lead the way” to give the perspective that Covid is “not a terrible threat that will never end, and will always be hanging over us, but a fact of life”, something we have to cope with, just as we cope with “car accidents, and illnesses like flu, cancer and malaria”.

Other than reporting his words, however, the media has essentially persisted in shaking its collective head over the ‘record high’ number of new cases, adding that they bring Portugal to a point where there have been over two million cases of SARS-CoV-2 since the start of the pandemic.

Again, those two million cases have resulted in ‘only’ 19,413 deaths.

On the basis that every death is a tragedy – and that there would have been a great deal more without the ‘miracle of the vaccines’ – SARS-CoV-2 has still only proved fatal for 0.9% of the people who contracted it.

Deaths in the last 24-hours came to 33: again numbers that are habitual for a January flu season.

Hospitals currently have 1,959 people suffering the worst effects of Covid-19, of which 153 are in intensive care units.

Over 8.7 million of the 10.3 million inhabitants are double-jabbed, leaving essentially only small children who have not been inoculated.

While countries like the UK are preparing to withdraw all Covid restrictions and start dealing with the virus as a fact of life, the World Health Authority is still saying that ‘it is far too soon’ and ‘new variants could occur’ at anytime to set us all backwards.

Other specialists are convinced Omicron signals the beginning of the end of the pandemic, and it is time to stop counting numbers and get on with the precious process of living.

One little detail in today’s bulletin suggesting they could well be right is the fact that Rt is steadily falling: it is now at 1.1.