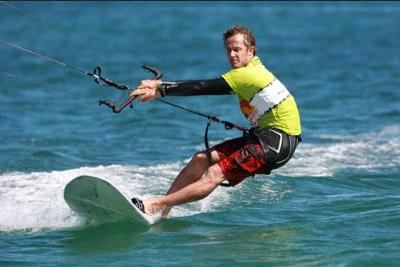 Alvor beach hosted the Kite Masters Portimão World Tour ’09 event for the best part of last week. Despite a lull on the closing Sunday, which meant the concluding races could not take place, dominant Frenchman and 2007 World Champion Bruno Sroka praised the Algarve location as “perfect”, an opinion borne out by his nine victories from eleven heats.