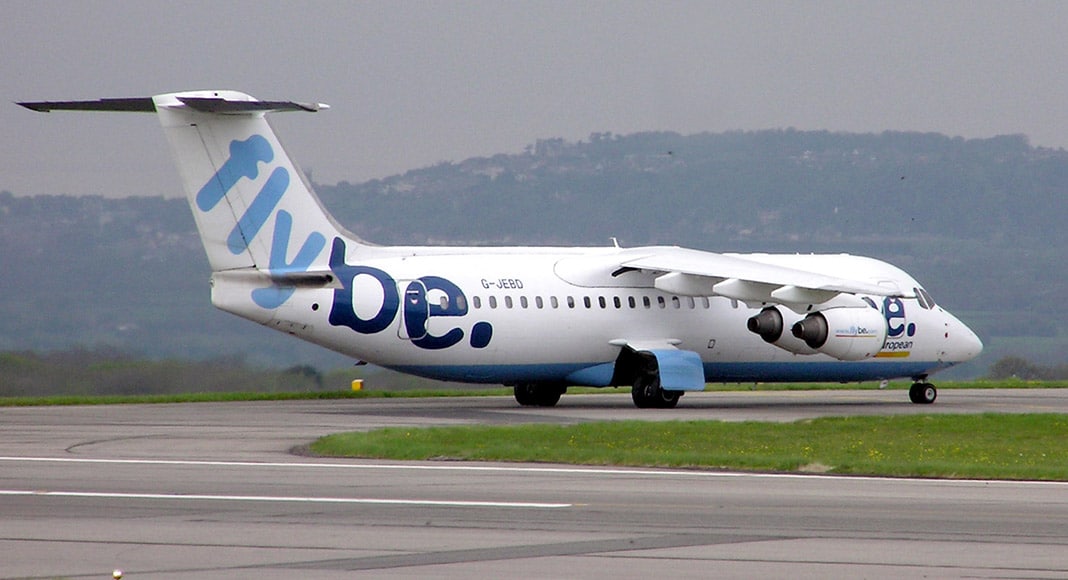 Exeter-based airline Flybe collapsed in the early hours of yesterday morning (March 5), leaving passengers stranded all over Europe and spelling the end of dozens of air links, among them the Cardiff-Faro route.

The airline had been struggling for months but the coronavirus outbreak, which has sent the world into a frenzy, proved to be the ‘last straw’.

There are reports of passengers of the low-cost European carrier being “kicked off planes after hours waiting on the tarmac for take-off.”

Others have been left stranded in foreign cities with no way to get home.

On its website, the airline now advises customers to “not travel to the airport” unless they have arranged an alternative flight.

The airline’s collapse does not seem to have affected anyone in the Algarve as it made the decision last year to cut the Cardiff-Faro route during its winter schedule, although the two airports were due to be linked again during its summer schedule.

However, a silver lining has been provided by Scottish airline Loganair which has announced plans to “safeguard UK regional connectivity” by taking up 16 routes formerly flown by Flybe.

The airline will reportedly be adding “nearly 400 new flights each week” and has opened a special recruitment line for former Flybe employees seeking to continue their aviation careers with Loganair.

The 16 routes will be from existing Loganair base airports at Aberdeen, Edinburgh, Glasgow, Inverness and Newcastle and will be launched progressively over the next four months.

Flybe’s collapse came as a shock to many employees, who were informed of the decision by letters or emails.

According to BBC, Flybe boss Mark Anderson said he was “very sorry” for the firm’s collapse.

In a letter to the airline’s staff, he said: “Despite every effort, we now have no alternative – having failed to find a feasible solution to allow us to keep trading.”

BBC adds that, in response to the collapse, the UK government said it was ready to help Flybe workers find new jobs and would work with other airlines to replace services: “We are working closely with industry to minimise any disruption to routes operated by Flybe, including by looking urgently at how routes not already covered by other airlines can be re-established by the industry.”