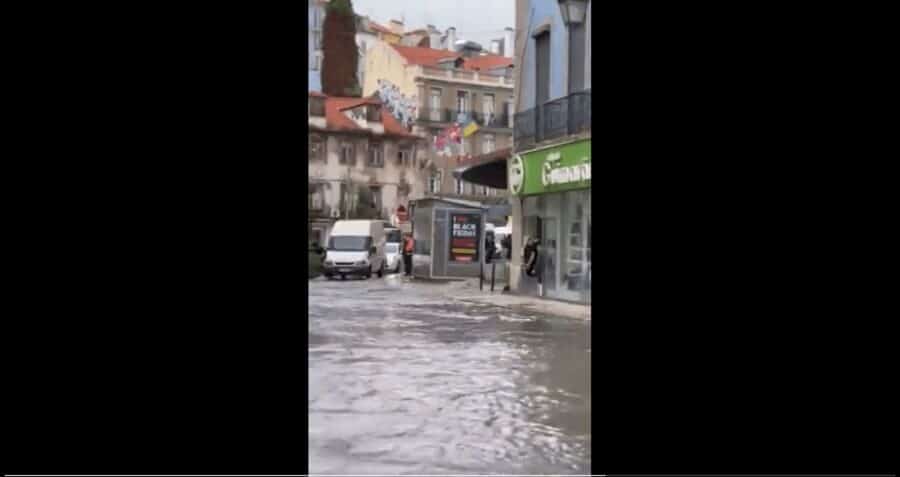 Lisbon is never good when it rains heavily, and today’s downpours have been real lulus. Roads have flooded, tree branches have come down, parked cars have been damaged. In a word, chaos.

Expresso is carrying a video suggesting the heavy rain that fell in the capital between 1.30 and 2pm was accompanied by a tornado.

Dozens of incidents were called in to firefighters/ Civil Protection. The underpass near Praça José Queirós had to be temporarily closed to allow water to drain away.

Meteo Trás os Montes’ twitter page carries some images (see above) as well as the video of the tornado.

The bad weather wasn’t just confined to the capital however. It was bad in the north too.

Civil Protection commander Paulo Santos says the worst affected districts were Porto and Aveiro. These are the areas where high winds brought several trees down.

An “extreme wind phenomenon” was registered just before 11am in Marinha Grande, he said. Various trees lost branches which fell on around 14 parked cars.

For now the bad weather has only affected the north and centre. Down south there has been the lightest of rain.