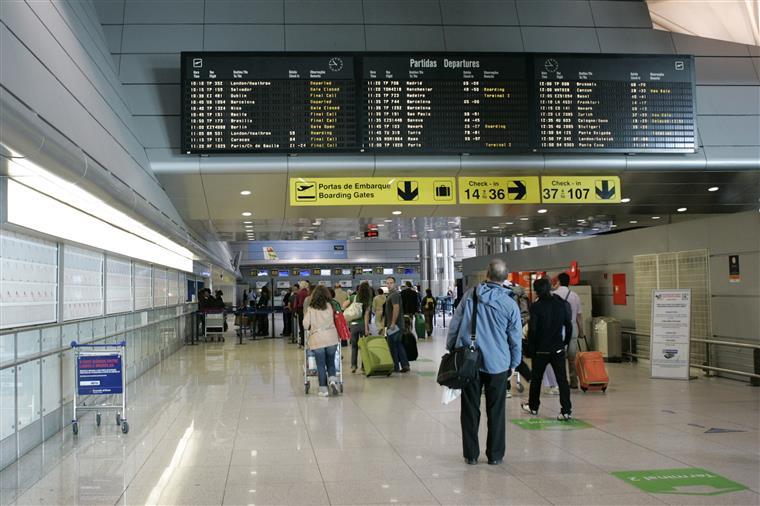 All flights into Europe will be suspended as of midnight tomorrow (Wednesday), with Portugal making exceptions for countries with a ‘strong Portuguese presence’ (Canada, the United States, Venezuela, South Africa, Brazil and the so-called PALOP countries of Africa).

With Britain still considered part of the EU for these measures, it means Britons with flights booked in or out of national territory in the next few days should be all right. Best course of action is to check with the airlines in question.

The decision by EU member states to suspend flights was made during today’s Council of Europe (which went ahead via video conference).

Announcing the news this evening, prime minister António Costa said that any flights that  arrive or leave from now will see passengers subjected to ‘temperature controls’.

The measures have been designed to maintain the principle of free circulation between EU countries, although several countries have adopted their own particular forms of ‘quarantine’ (like France) – and Spain and Portugal have already agreed a ban on tourist traffic either way while the virus’ propagation in Spain remains at its current level.

The new restrictions are ostensibly in place for the next 30 days, though this could of course be extended.

The Council of Europe agreed that no changes to the management of land borders can go ahead without the agreement of both countries involved.

The meeting also served to agree for the ‘articulation of efforts to guarantee an adequate supply of medical material, namely ventilators, between countries of the Union’. Explain reports, this means any European country exporting this type of material  would be subject to ‘strict rules’ in order to avoid shortages in member states.