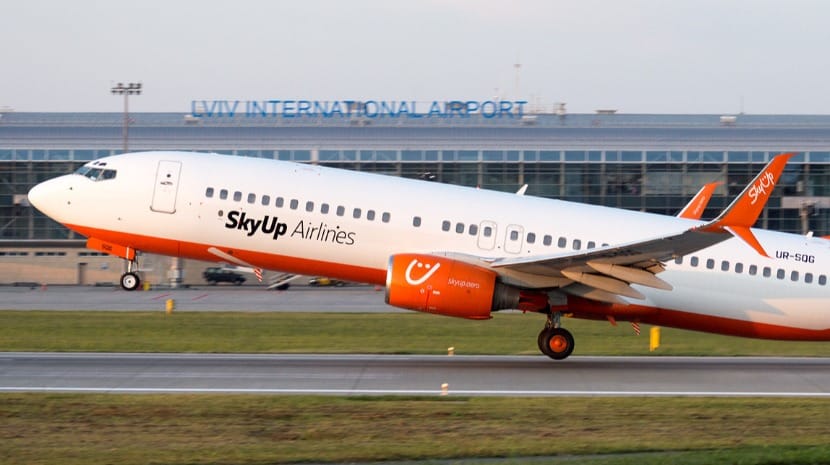 In spite of 175 passengers from Funchal, Madeira, intent on reaching the Ukraine by plane yesterday, it was not to be. The Irish owners of the plane flying for Ukrainian airline SkyUp prohibited the proposed landing in Borispyil (Ukraine), forcing flight PQ0902 to land in Chisinau (Moldova).

SkyUp was not to be daunted however, and managed the onward transport of its passengers by road.

In a statement on its website last night, it said: “We hope to understand the uniqueness of the situation on the part of passengers and make every effort to bring everyone to Ukraine”.

The ‘uniqueness of the situation’ really is that Ukrainians everywhere want to defend their homeland ‘no matter the advice from the US and Europe’ which has been encouraging foreigners to leave the country as tensions over the likelihood of a Russian invasion grow.

The weekend saw most countries advising against all but strictly essential air travel to the Ukraine.

Since then insurance companies have warned airlines that they will not be covered over Ukrainian airspace.

SkyUp meantime has thanked all those responsible for ensuring that flight PQ0902 arrived as close to its original destination as possible. The airline ensured food for all its passengers, and got them safetly to Kiev.

“The SkyUp team is grateful for the support of the Embassy of Ukraine in the Republic of Moldova and personally the Ambassador Extraordinary and Plenipotentiary of Ukraine Mark Shevchenko, who immediately responded to our request and helped coordinate actions. We also express our sincere gratitude to First Secretary Vladimir Manjole for meeting the passengers at the airport”, said the website.