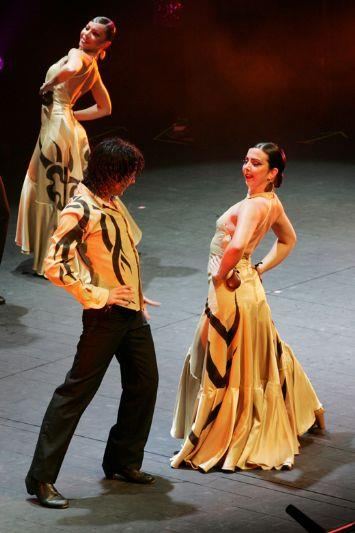 One of the most innovative and best flamenco dance troupes had audiences burning up in their seats at Lisbon’s Casino on Tuesday evening.

Fuego is a sizzling and fiery series of choreographies from 75-year-old Carmen Mota’s Dance Company which has achieved critical acclaim throughout the world in recent years.

In a slick and fast-moving two-hour show, full of attitude, quick-snapping wrists and sharp, fancy footwork, it’s not hard to see why Carmen Mota is the Martha Graham of Flamenco dance, fusing traditional Andalusian elements with stylish, daring and modern choreography that is not only a feast for the eyes and ears but a complete sensory experience leaving audiences with tingles up their spine.

Carmen Mota started dancing professionally when she was 16 although she has often said in interviews that she knew that dancing was going to be her destiny ever since she was a child.

“As young as three years old, I felt the need for dancing and every time I heard music I started to dance and my mother had to drag me away from a crowd of people I was entertaining,” she says.

Flamenco was the kind of dance that most inspired her and through her long career she has performed in the United States, Europe and Latin America from the 1960s onwards.