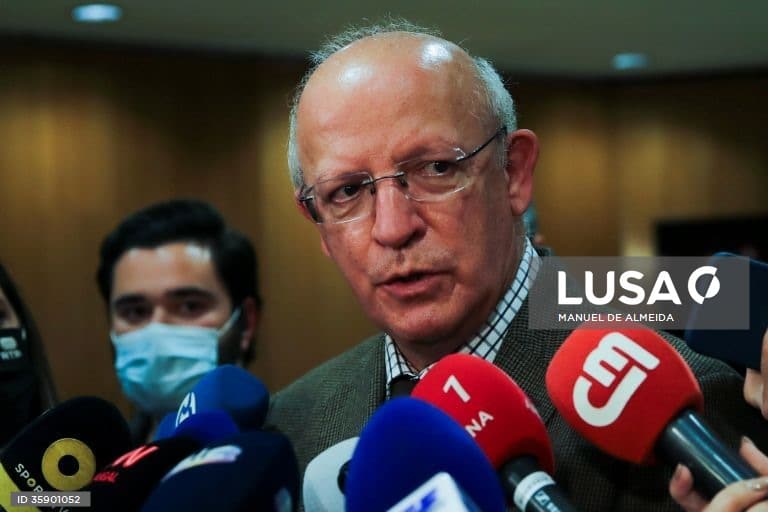 Portugal’s Ministry of Foreign Affairs is today actively seeking “information on possible Portuguese citizens” at the Yavoriv military base in Ukraine, which was bombed by Russia on Sunday – reiterating its appeal for Portuguese nationals not to enter Ukraine.

The move comes after four Portuguese who left for Ukraine to fight against Russian forces are described as uncontactable by CMTV.

The information came via a friend of the young men, one of whom is a former reality show participant, named as Nuno Machado (from ‘Casa dos Segredos’).

But since then reports have come through that all four men were indeed at the base, but survived the attack.

Before leaving for Ukraine last week, Nuno Machado is understood to have told CNN Portugal that his little group wanted to be ‘treated as volunteers’, not ‘mercenaries’ (see below).

Lusa meantime says: “The Ministry of Foreign Affairs is seeking information on possible Portuguese citizens who were at the military base in Yavoriv, Ukraine, and so far cannot confirm the(ir) respective location.”

The Yavoriv military base in Ukraine – which, according to Wikipedia, is less than 10 kilometres from the border with Poland – was bombed by Russia on Sunday, killing at least 35 people and wounding 134, according to the Ukraine authorities.

Russia’s Ministry of Defence claims that the bombing claimed the lives of “at least 180 foreign mercenaries”.

The base has been used in recent years as a training ground for Ukrainian forces under the supervision of foreign instructors, mainly from the US and Canada, says Lusa. It is also a point of arrival for some of the military aid delivered to Ukraine by Western countries and one of the main centres used for joint military exercises between Ukrainian and NATO forces, albeit troops sent by foreign governments left Ukraine shortly before the start of the Russian invasion.

According to the New York Times, Yavoriv – known as the International Centre for Peacekeeping and Security – has also been used as a training centre for foreign ‘volunteers’ who come to Ukraine to take part in the International Legion for Territorial Defence. These are the same volunteers denounced by other sources as neo-nazis.

According to preliminary information, Sunday’s attack involved Russian miliary firing eight missiles at the base.

The attack came after Russia threatened the day before to target weapons Western countries are sending into Ukraine – which they claim include portable air defence systems and anti-tank missile systems.