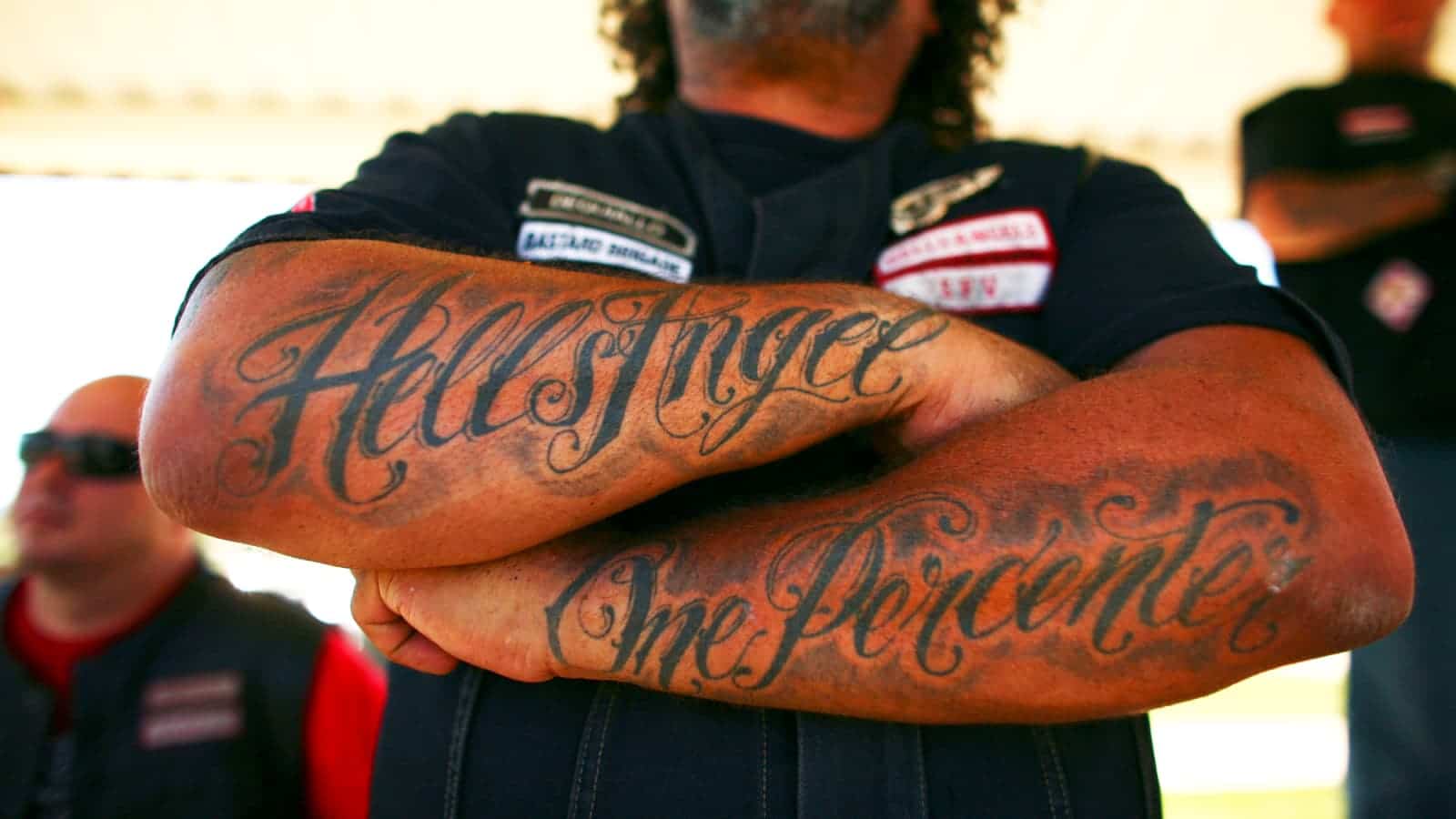 Another example of the infinite workings of Portuguese justice has seen a judge order a ‘tattoo inventory’ of 89 bikers, almost four years since their arrests, and five months into a trial that appears to be inching nowhere.

When the bulk of these men were rounded-up shortly before the Faro motorbike fest back in 2018 (click here), feelings were that this was a case of ‘huge importance’.

Even today Expresso talks about the detention of gang members as having “ramifications through the entire world”.

At the time, Europol boss Catherine de Bolle praised the PJ for its “exhaustive investigation” focused on avoiding a  ‘bloodbath’ at the annual bikers’ fest (click here).

Since then, however, the case has seemingly gone round in circles (click here).

Defendants placed under house arrest have long since been freed, simply because judicial time limits on their restrictions kicked into force.

Now, the 89 – many of them in other countries – have heard that judge Sara Pina Cabral wants the PJ carry out a detailed ‘inspection’ of their bodies seeking symbols that prove their affiliation to the outlawed Hells Angels organisation.

Judge Cabral has stressed that the new inventory should “exclude the (men’s) private parts”. But as lawyers for the men point out, whether it does or it doesn’t, it still implies their clients stripping down and being exposed to (yet more) humiliation.

Judge Cabral is understood to have asked for the photographic inventory to be taken “as soon as possible”: the lawyers however are digging in their heels… all of which ensures this case will get kicked even further down the line, until perhaps everyone has forgotten what it was all about.

Expresso recalls that “apart from drug trafficking and criminal association, (the case) hinges on an ambush against Mário Machado, condemned for various crimes and former leader of the Hammerskins, who tried to found a ‘chapter’ of ‘Los Bandidos’ – a rival biker group to the Hells Angels – in Portugal”.

Machado however “escaped the punch-up” that took place “because he hid in the lavatory of a restaurant in Prior Velho” (the location of the ambush).