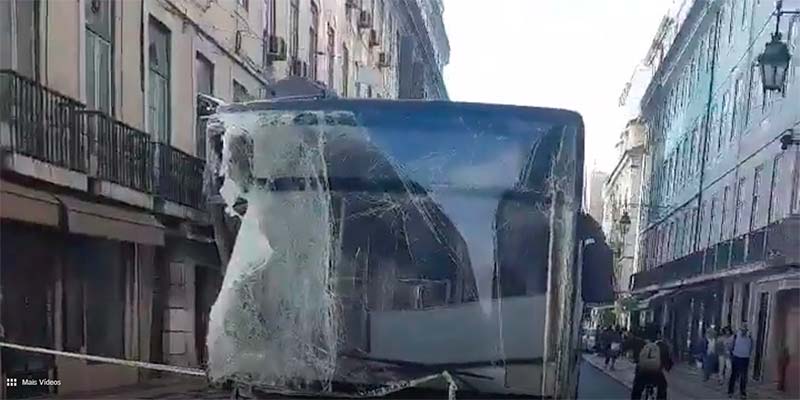 Five people had to be treated in hospital this morning after a bus collided with a delivery vehicle in Rua da Prata, in Lisbon’s Baixa district.

According to reports, the bus went on to smash into the front window of a shop.

The accident happened at 7.20 this morning, bringing traffic to a standstill.

The injured were taken to S. José hospital.

Ages and nationalities have not been published, but the people’s injuries are described as ‘light’.