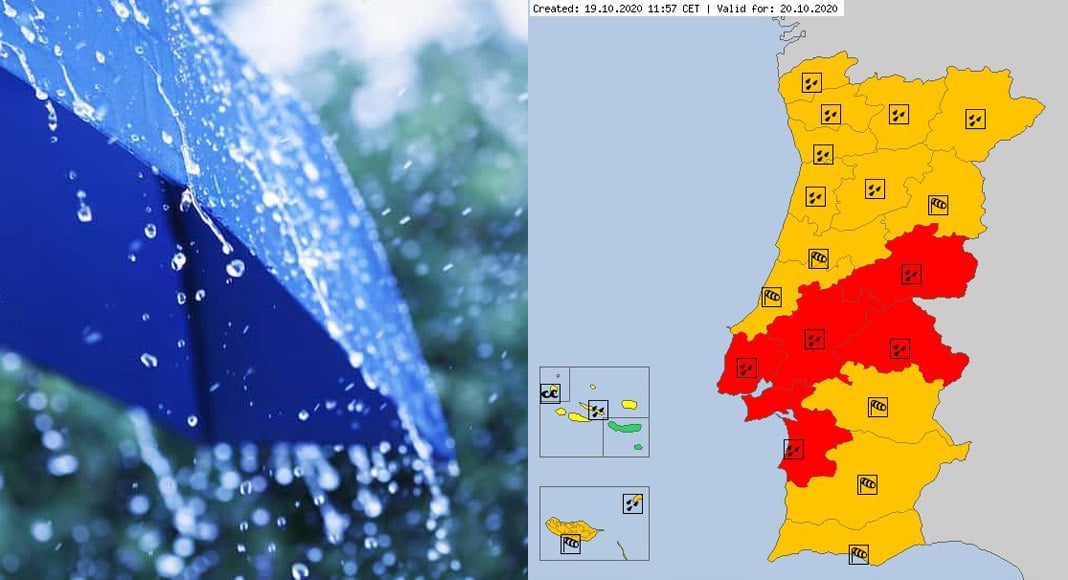 Portugal’s Civil Protection authority has announced that five districts – Lisbon, Setúbal, Portalegre, Santarém and Castelo Branco – will be under ‘red alert’ tomorrow (October 20) due to “strong and persistent” rainfall.

These same five districts – as well as Aveiro, Coimbra and Porto – will also be under ‘orange alert’ due to strong winds, while the rest of mainland Portugal is already under ‘yellow alert’.

This is due to Depression ‘Bárbara’ which has already hit Portugal, but the effects of which are expected to be felt the hardest tomorrow.

Says the civil protection authority, there will be “high chances” of floods due to heavy rainfall and thus citizens should avoid areas which are prone to flooding.

Winds of up to 130kms per hour are also expected, increasing the risk of “structures and trees collapsing”.

The bad weather has already hit Madeira, where the Institute of Forest and Nature Conservation (ICNF) has decided to close the island’s famous hiking trails.
Weather forecasts and alerts are updated every day at www.ipma.pt.
michael.bruxo@algarveresident.com