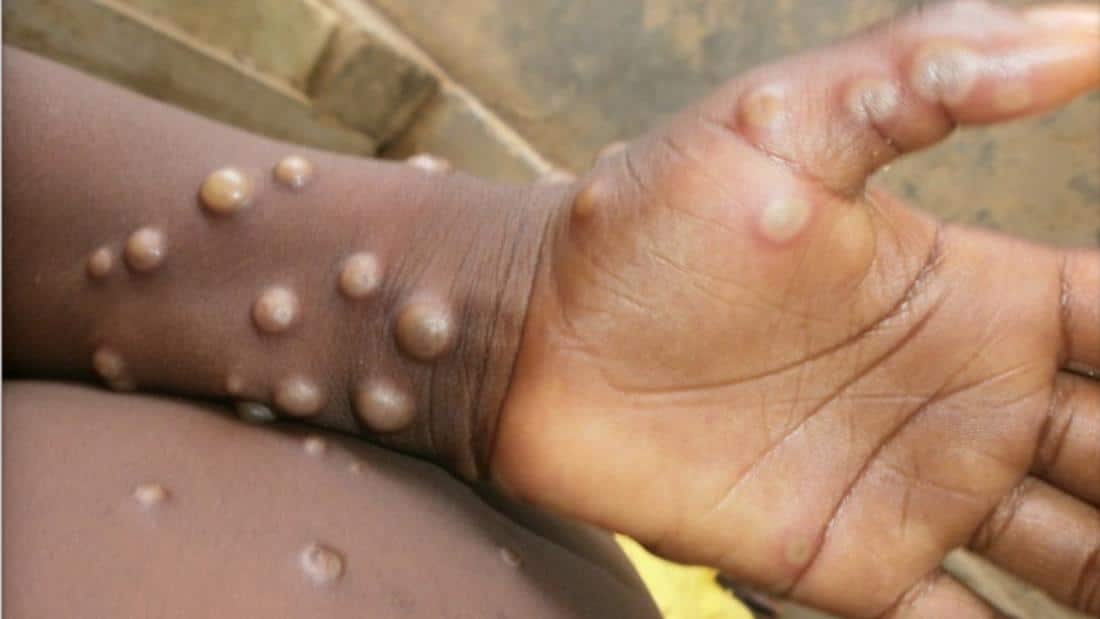 Further cases ‘suspected’, so far all in Lisbon/ Vale do Tejo region

A total of 14 cases of monkey pox have been identified in Portugal – all of them in the Lisbon/ Vale do Tejo area, and all of them in relatively young men (see below).

The unsightly viral infection has reared up recently in the United Kingdom, and is generally relatively benign. But like all viruses, it can cause ‘more serious symptoms’ and therefore cases are being kept as much as possible in isolation.

Initial symptoms include fever, headaches, muscular pains, swollen lymph nodes, chills and exhaustion. These are then usually followed by a rash which begins more often on the face, spreading to other parts of the body, and going through various stages in which it can look like chicken pox, or even syphilis, before finally forming scabs which later fall off.

The illness gets its name from being more commonly spread through contact (or bites) from infected wild animals, normally on the African continent.

As all reports have explained monkey pox is “not easily transmissible between people” – thus the big question is what is causing these new ‘outbreaks’, and why are they appearing in Europe?

Appealing to anyone with ‘ulcerative lesions/ skin eruptions and swollen lymph nodes’ to seek medical advice, the DGS health authority is described as “accompanying the situation on a national level in articulation with European institutions”.

Further details expected on this story as it develops.

UPDATE: subsequent reports have stated the cases of this virus were detected in a clinic for sexual diseases. Some of them involved “men who have sex with men”, said Margarida Tavares, director of the national programme for sexually transmitted diseases and HIV infections, adding that as such the cases do not fit the “classic description” of sexual transmission.

The day started with five identified cases of monkey pox, and more than 20 ‘suspected’ cases. Shortly after 9pm this evening, the tally had increased to 14 confirmed cases.