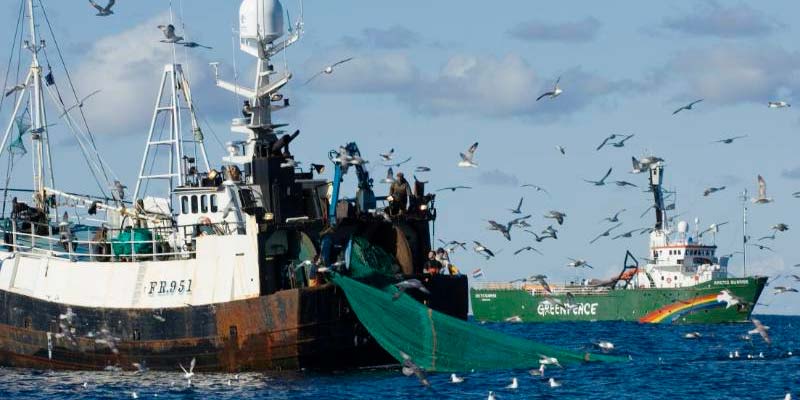 Around 95% of the country’s trawling boats have been ‘stuck on land’ with nothing to fish since November.

The reason, explain reports, is that sardine fishing is now ‘forbidden’ and trawling for ‘biqueirão’ (anchovies) – which used to make up the shortfall – has been prohibited too.

Said Humberto Jorge, president of trawl fishing association ANOPCERCO, the situation is “particularly dramatic in the north and centre” of the country.

“We don’t know what to fish, when we can fish or how much we can fish!”

As always, the ‘experts’ working boats on the water insist there are far more fish in the sea – both sardines and biqueirão – than ‘scientists’ whose reports influence Brussels suggest.

An appeal to the government for action and support has so far fallen on deaf ears, explains tabloid Correio da Manhã.

“This is the first time we’ve started a year with no expectations”, Jorge told reporters.

It now looks like boats won’t get authorisation to fish sardines or biqueirão before the summer – and concerns clearly are on how fleets are to survive.

One solution, says CM, is for Spain to cede some of its quota for biqueirão to Portugal. It’s unclear whether this is a real option, however.

Meantime, ICES, the international council for exploration of the sea, has disappointed yet again by setting this year’s sardine quota at what fishermen consider “a mediocre” 4,142 tons (to be shared between Portugal and Spain).

Anopcerco claims the figure is “totally out of touch with reality” which sees sardines in their highest numbers for 30 years. Indeed the association is holding out for a quota of 30,000 tons.

It is up to the governments of Portugal and Spain to tackle ICES with facts, says Jorge. “The definition of captures up to 30,000 tons for both countries in 2020 is an excellent starting point to secure the continuation of stock recovery in Atlantic waters and the existence of a sector that can survive periods of intense sacrifice”.

Said the council in a statement, “the sector faces serious structural problems” which are not accompanied by adequate support measures.

The result is that fishermen could ‘abandon’ trawl fishing altogether.

Nazaré’s executive thus approved a motion to “reinforce focus on scientific research” which will hopefully prove the fishermen’s case.

Just before Christmas, sea and atmosphere institute IPMA revealed that its own research definitely concurred with the nation’s fishing fleet (click here).