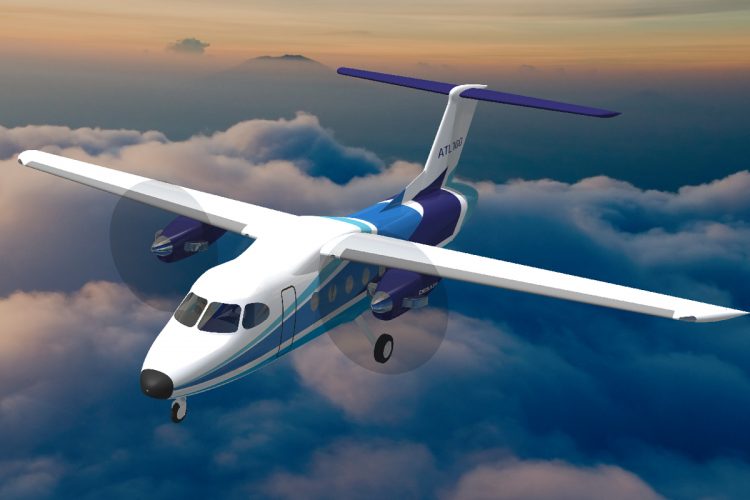 The first totally-made-in-Portugal plane is about to begin construction in Évora, promising 1200 jobs by the time production is ‘up and running’.

The new ATL-100 will come in civil and military variants. With a capacity for 19 passengers, able to carry up to 2.5 tons and designed for landing in ‘difficult terrain’,  the twin-turbo-prop craft is destined for operation“in the short-distance market”.

Today TSF Rádio is talking about the first 50 engineers starting work at CEiiA (the centre of engineering and product development) in Évora by the end of the year.

This is a €20 million joint venture between CEiiA and counterparts at Brazilian equivalent DESAER.

According to Miguel Braga of CEiiA’s aeronautic and defence arm, the siting of the factory in the Parque do Alentejo de Ciência e Tecnologia will allow more than 30 national companies in the nearby towns of Ponte de Sor, Beja and Évora sector to become involved, powering the creation of at least 1200 new jobs.

Finance is coming from public and private sources, the consortium itself and  EU funding for science, technology, investigation and development.

Initial work this year will involve “more than 50 engineers” working on design/ development. Once this phase is completed, the next step of ‘industrialisation’ will see numbers employed increase.

“Our initial estimate is that there’s potential for more than 30 national and international companies” said Braga, giving those locally “a great opportunity” to establish a ‘low carbon footprint final assembly line’ for the first ‘new generation’ airplane completely assembled in Portugal.

DESAER shareholder Roberto Figueiredo told TSF that besides being an important project of technological innovation creating jobs in both Portugal and Brazil, the project “assumes even more relevance in the context of the crisis that Covid-19 has provoked in the sector”.

Ministers for social cohesion and science, technology and higher education are in Évora today to launch the project.

Said Janes in May, they will have a cruising speed of 380 km/h and a 25,000 feet maximum operating altitude. Their ‘beauty’ will be in low operational costs, the fact that they will be robust, easy-to-maintain and with the ability to land on unpaved, short runways.