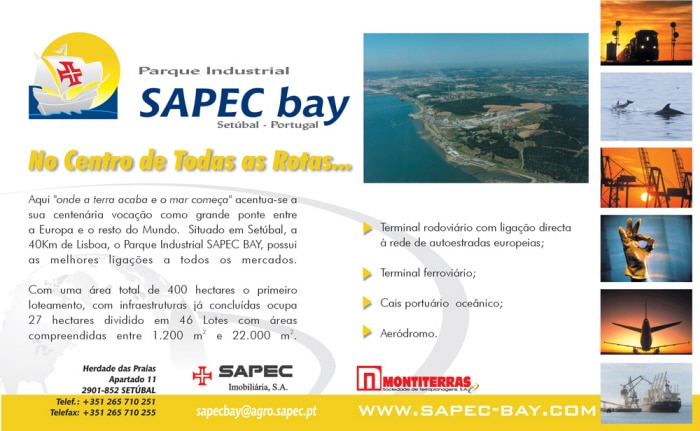 Portugal’s first lithium refinery will be in Setúbal, the Galp/ Northvolt consortium have revealed.

The news today follows the announcement late last year of what the consortium sees as a “once-in-a-generation opportunity to reposition Europe as a leader in an industry that will be vital to bringing down CO2 transmissions”.

As explained at the time, the €700 million investment promises to create around 200 direct jobs, and at least 3,000 indirect.

The refinery will be sited in the Sapec Bay industrial park (not in Sines as initially suggested), and sets out to be “one of the largest most sustainable in Europe”.

With the name of the joint venture being ‘Aurora’, the plan is for an initial production capacity of between 28,000-35,000 tonnes of lithium per year, which translates into enough to create batteries for up to 700,000 electric vehicles.

Energy powering the plant will be ‘green’, explains a statement released by GALP, “minimising dependency on natural gas”.

Mayor of Setúbal, André Martins, is cited within the statement as saying: “We are very proud for this to have been the municipality chosen”.

Setúbal “deserves investment”; there is a “huge desire to make more of Setúbal” which has excellent industrial areas, good road/ rail and port access and is a town that has become socially and culturally “attractive”.

For Galp CEO Andy Brown, this is the kind of project that Portugal and Europe should be developing “to power the economy and construct an energetically sustainable future”.

The industry of lithium batteries is in “exponential growth”, thus the “strategic priority for Europe” has to be to “guarantee that materials are produced in a sustainable way”, he said.

“We thank Setúbal municipality for accommodating us and hope that our partnership will generate employment and economic value”, he added.

Northvolt’s co-founder Paolo Cerruti said the factory in Europe will “represent a step for Europe on the path to constructing a complete ecosystem of batteries on the continent, at the same time as showing a sustainable approach to the process of lithium conversion”.

For now, there is no set date for the start of operations – but the understanding is that the plant will start by the end of 2025, and be ready for “commercial operations” in 2026.

Nothing in GALP’s statement referred to the opposition in Portuguese communities that have been earmarked for lithium mining, and which remain committed to their cause.