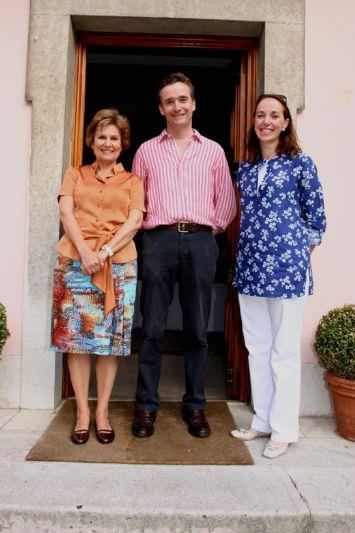 More than 400 guests lent their support to a fundraising event for the Portuguese Association of Palliative Care organised by the British Ambassador Alex Ellis and his wife Teresa on Sunday.

Among the guests at the informal fundraising cocktail party, held in the gardens of the British Ambassador’s Residence in Lisbon, was the Portuguese President’s wife and First Lady Dra Maria Cavaco Silva.

Teresa Ellis told the Algarve Resident that, increasingly, people were becoming aware of the need for palliative care for terminally ill patients in Portugal.

“Although here in Portugal there are palliative care units in main hospitals, there is still a lack of general awareness about the needs of terminally sick people, their families and the understanding that there have been so many new advances made in terms of care and medicine which can ease the suffering and increase the dignity of those nearing the end of their lives,” she said.

“A lot of the time, the families and loved ones of the terminally sick don’t know who they can turn to. This is why it is so important that we have specialised, qualified medical and nursing staff who know what to do, and this association trains staff and volunteers in caring for the ill, helping them to control their symptoms and suffering,” she added.

Dra Isabel Galriça Neto of the Portuguese Association of Palliative Care explained that while she was in Oxford studying the way the British carry out palliative care, she had been impressed at how developed the system to care for the terminally ill was.

“I specialised in Oxford with Robert Twycross, who I admire and who was my teacher. It really was a fantastic experience and I return to Oxford on an annual basis, which is why having this event here is even more special since I trained and became qualified in the United Kingdom,” she said.

She added that the word ‘hospice’ in Portugal was almost a ‘dirty word’ because in Portuguese it conjured up images of medieval hospices which were generally for the incurable, the insane and those with contagious diseases.

“I had a job explaining this to my British colleagues that here in Portugal we refer to hospice care as palliative care units because of this ancient stigma,” she said, adding that there now was the beginning of such a network although it was still rather limited in scope, which is why fundraising and awareness raising events were so important.

Alex Ellis told the Algarve Resident: “We wanted to raise awareness and increase support for palliative care in Portugal by not only raising money – each guest at the cocktail party paid 20 euros – but also by making people sensitive to the issue which is not particularly well recognised in Portugal yet.”