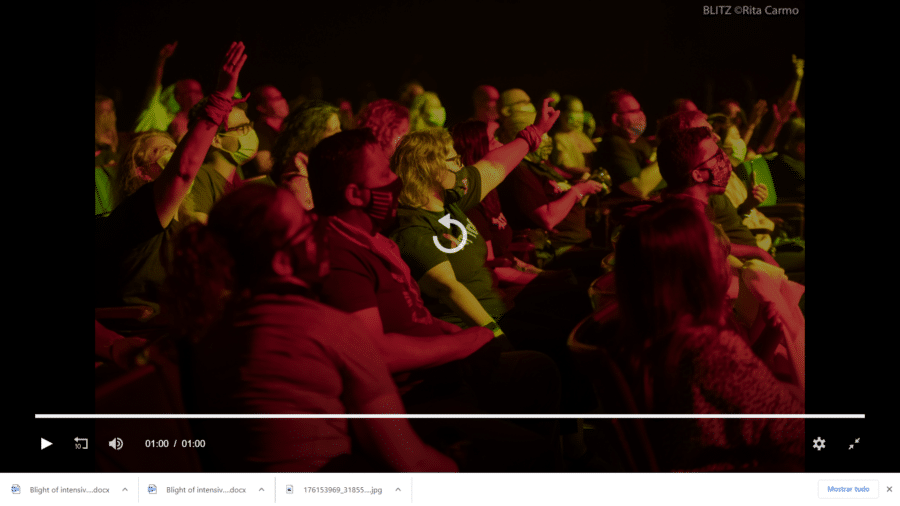 The first cultural test events – involving audiences of around 400 people – will be taking place in Braga at the end of this month.

The idea is to see how Portugal can return to having large-scale events, both those involving people ‘standing’ (like music festivals) and those involving a seated audience.

Culture minister Graça Fonseca has been outlining the plan to SIC television, explaining this is the kind of research that has already taken place in other countries. It will serve to allow DGS health authorities to determine the conditions in which cultural events can return following the final stages of Portugal’s deconfinement.

The news comes at a moment when Expresso has carried a report on the number of ‘nightlife’ empresarios that have been driven to the brink as a result of bars and discotheques being closed for a year, with no indication of when they will be able to reopen.

It also follows a special Council of Ministers dedicated to Culture in which an official ‘statute’ was created for people who work in the sector.

Explain reports, this comes after years in which organisations and associations have been clamouring for ‘greater social protection/ recognition’ for all those who work in culture in Portugal.

Said Mr Freitas, the statute “will be able to bring many thousands of people working in the sector into the system of social support”.

The document is due to be made available for public discussion within the next few days, with a view to it coming into force at the start of 2022.