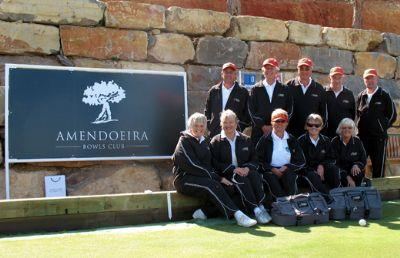 Amendoeira Bowls Club was officially opened on March 15 by Oceânico founder owner Simon Burgess, who played the first bowls on the crown green and flat green.

Simon Burgess displayed his bowling credentials as he took on top UK player Glynn Cookson, and was only narrowly beaten by 21 points to 19.

Almost 70 players are taking part in the opening tournament this week, culminating in the final to be held today (Friday) with top players from both the UK and Algarve, including the Portugal Ladies and Mens Bowls Team, taking part.