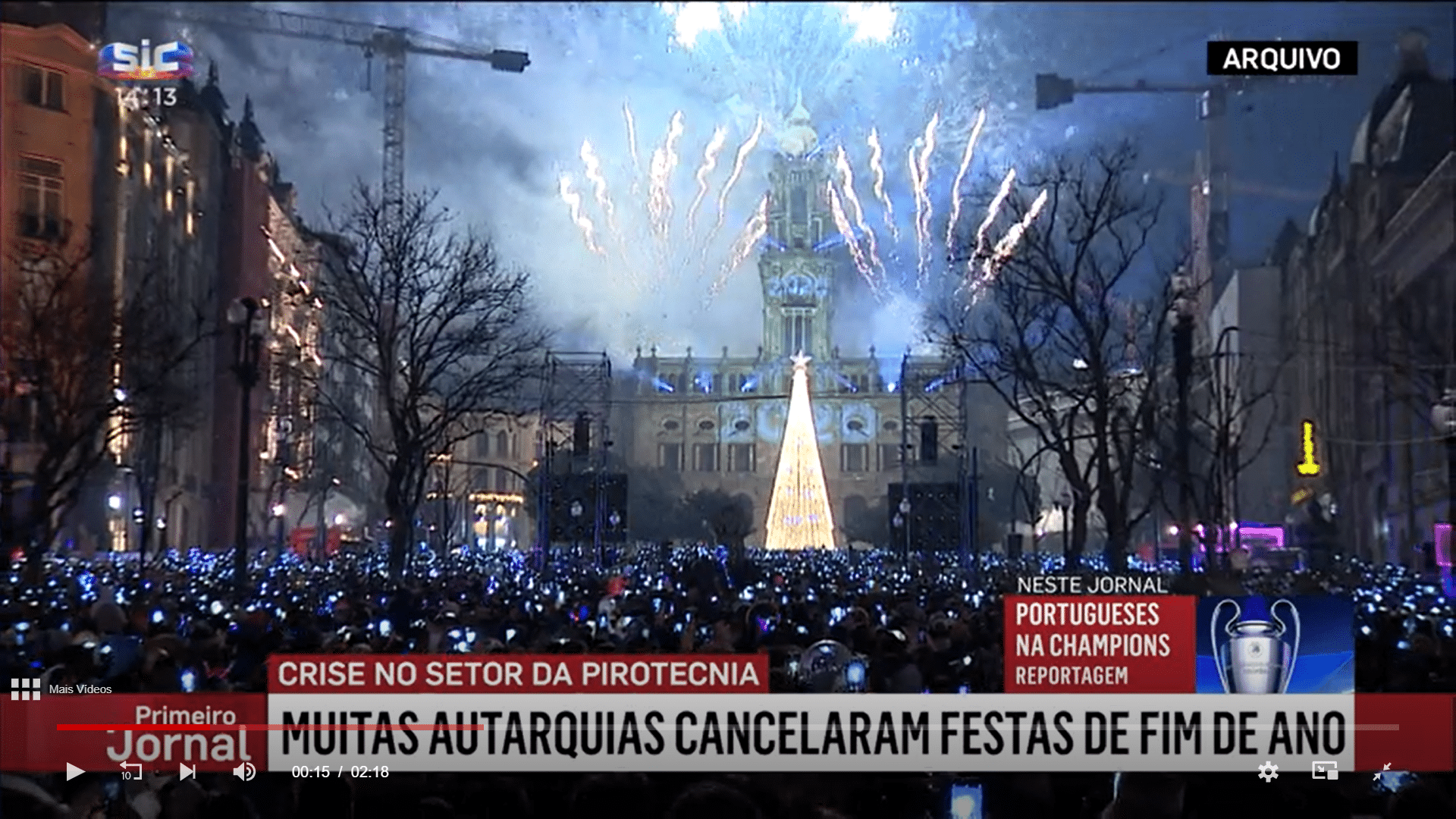 Portugal’s fireworks sector – a small but nonetheless active niche-market sustaining around 12,000 people – is in meltdown.

The decision to cancel New Year’s Eve displays this year due to rising numbers of virus infections makes ‘no sense’, says APIPE, the national association of pyrotechnical and explosives industries.

Displays could still go ahead, strategically sited in towns and cities, obviating the need for huge concentrations of people.

In an Open Letter to President Marcelo, the sector calls for “concrete, effective and substantial measures” to save businesses and employees affected from bankruptcy and despair.

APIPE reckons the pandemic has already cost it upwards of €20 million. This latest bombshell could double those damages. The sector simply cannot survive that level of attack.

The Open Letter denounces the pulling of New Year’s Eve displays as “disproportionate and excessive”.

It says the decisions made by local councils “have extinguished the hope” (for recovery) for businesses that have been hammered throughout the year. There are always moments in the calendar for fireworks: often religious holidays. But Covid has been used as a reason to cancel practically each one of them, while being underpinned by very little in the way of a scientific justification.

Talking to reporters today, an APIPE representative said better planned, displays could continue with people watching from their homes, hotels, even cars.

And while APIPE hopes for some kind of reaction, the truth is that State help up till now has been “manifestly insufficient”.

The nation’s pyrotechnic industry “does not deserve to be continually ostracized, forgotten and abandoned by public authorities”, the letter asserts.

It remains to be seen what will change. Multiple municipalities have already announced the cancellation of fireworks displays, including those of Lisbon and Porto.