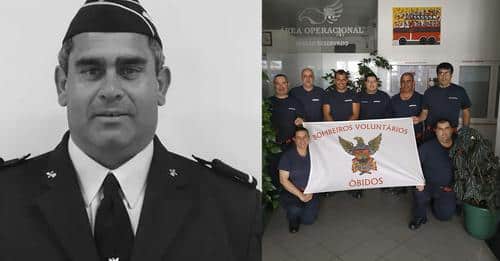 Óbidos firefighter and ‘second in command’ at the station Carlos Antunes died yesterday in active combat of the wildfire that broke out in Caldas da Rainha.

Messages of condolence came from both the government and president of the Republic as family and friends received the news in shock.

Carlos Antunes was 52. According to reports, he was “preparing to roll-out a hose from a vehicle when he felt ill”.

Cause of death has been described as “acute miocardial infarction”.

Carlos Antunes was a firefighter since the age of 18. His two children and his wife are also volunteers at the station, which issued a statement yesterday saying he died “doing what he loved most in his life – assisting those who need us”.

President Marcelo has said he will be attending Carlos Antunes’ funeral.

The fire meantime that broke out the countryside of Caldas da Rainha was brought under control in the early hours of this morning.