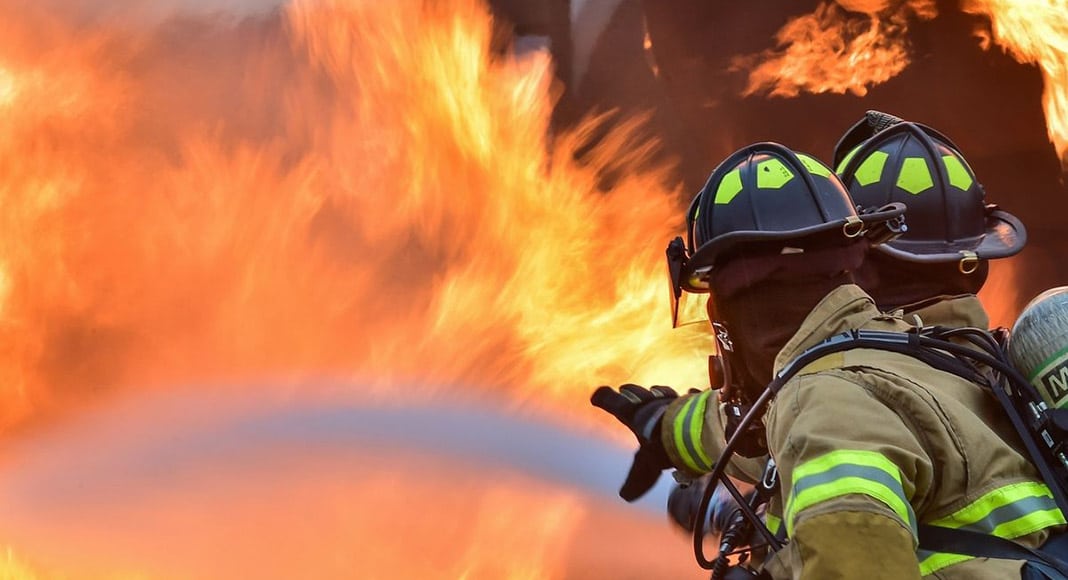 Two firefighters battling for their lives in burns units in Lisbon hospitals today were using “old, worn out kit” when they faced a wildfire in Castro Verde on Monday.

Say reports, the League is actually demanding laboratory testing of the protective equipment used by the injured firefighters.

Meantime, the ministry for interior administration has opened an inquiry into the handling of the fire that saw three other firefighters suffer from smoke inhalation just 24-hours on from the first firefighter fatality this year (click here).

In other words, it has been a terrible start to the week, and weather conditions don’t promise much in the way of improvement.

Said secretary of state for internal administration Patrícia Gaspar, the next few days “point to a complicated meteorological scenario” with the possibility of “almost catastrophic fires”.

Roughly 70% of the country’s boroughs are on a state of ‘maximum fire alert’, from north to south.

Ms Gaspar added that the dilemma of ‘old kit’ is due to be rectified. The ministry is in the “phase of a tender of acquisition of more than 10,000 kits (made up of trousers, jacket, boots, gloves, head-coverings and helmets), she said, but she was unable to give a date when they would be delivered to fire stations.

This elicited the retort from president of the association of firefighting commanders Carlos Jaime that this is actually only a third of the number of protective kits that are needed.

“We’re talking here of kit for combat within a fire”, he explained. “Each one represents an average investment of 400 euros, which very few fire stations can afford. It should be the government that provides this equipment”.

As the wrangles continue, the two men critically ill in hospital are both in induced comas. One, Carlos Carvalho, 40, is described as having suffered 95% burns to his body, as well as burns to his airways. The other Carlos Heleno, 29, is understood to have suffered 50% burns to his body.

Both are from the same fire station in Cuba.

Doctors say they can only give a prognosis on the men’s recovery once they are brought out of their comas.

Carlos Carvalho died of his injuries (click here). Carlos Heleno woke up from his coma and is now facing a long period of recovery.