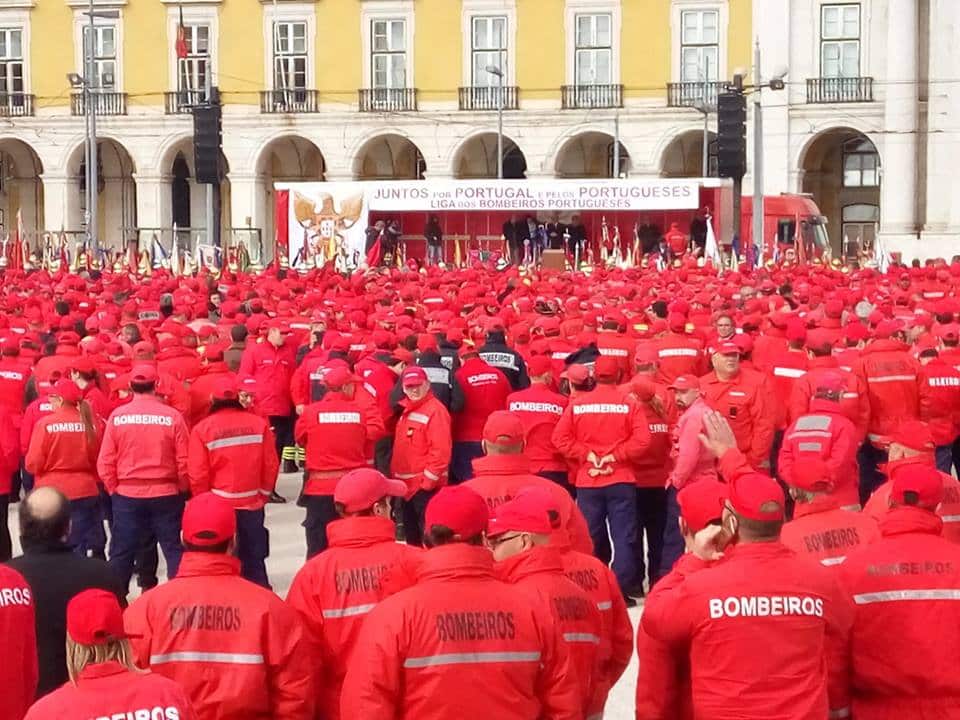 The strike announced by professional firefighters at the beginning of the month has now been reinforced by a ‘boycott’ of communications with the country’s Civil Protection service (ANPC).

With minister for interior administration Eduardo Cabrita accusing the country’s firefighting professionals of “irresponsibility” and “putting the safety of Portuguese at risk”, the service itself is unrepentant.

Say all the country’s media reports, this is a new level in the ongoing war with a government accused of failing to respect, or even properly understand, a vital public service.

Firefighters association president Jaime Marta Soares has stressed meantime that his members are doing “exactly 100% what our activity is. The only thing we are doing is not reporting our services to the ANPC because we function without this connection”.

And countering Cabrita’s accusations of irresponsibility, Marta Soares said: “If there is irresponsibility, it is the minister’s who has not effectively created conditions for us to be better at providing services”.

What this latest form of action boils down to is a plan to push the government into doing “what is done in other countries of the world”. That is “to coordinate and leave command to firefighters and their commanders” – very much like what happens within the GNR or PSP police forces.

“We are not part of a State structure”, Marta Soares told reporters. “We are an organisation that complies with the Portuguese Constitution… and substitutes the sleeping State, in the area of relief. It is firefighters who are alert 100% of night and day…”

With reports coming into the ANPC already 23% down since the boycott was announced, Marta Soares has warned things will only get worse unless the government goes back to its rulebook – known as the Lei Organica (organic law) – and changes things to give firefighters autonomy.

“The law takes from us all the competences that we have been defending”, he explained. Firefighters want not simply their own autonomy, but their own budget which, in their view, will ensure “an increase in operational ability and performance, and a reduction in costs”.

This impasse has been a long time coming and arrives as the government elsewhere is hamstrung by a health service in revolt, a court service in revolt, trains on strike for Christmas and New Year and stevedores still frustrating exports.