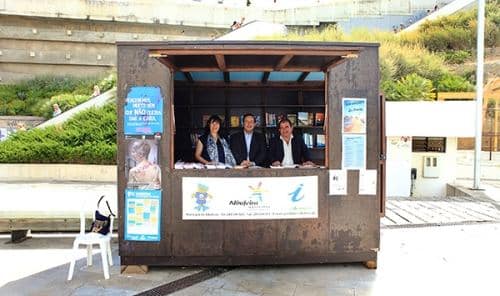 More than 100 bombeiros fought a bushfire that broke out in Monte Ruivo, Aljezur, on Tuesday, threatening a dozen properties in the area.

The fire, which broke out late afternoon on Tuesday and destroyed vast areas of bushland and eucalyptus trees, was eventually brought under control at around 3.57am on Wednesday, announced the National Authority for Civil Protection (ANPC).

On Tuesday evening, the bombeiros fought three fire fronts but by 10.30pm they had managed to get the blaze under control.

Residents of the area, many of them foreign, feared the flames could reach their properties. However evacuations were not necessary.

The fire was fought by 122 men from various emergency teams including the Bombeiros and a GNR specialist unit, 27 firefighting vehicles and two helicopters.

On Wednesday morning, when the Algarve Resident went to press, the National Authority for the Civil Protection (ANPC) had reported 27 fires.

According to predictions from the Meteorology Institute for July 18, in the Algarve, Monchique was on maximum fire alert, while eight other councils, including Aljezur, presented a very high fire risk (see map).

Meanwhile on July 14, two fires started at the same time in the areas of Albufeira and Castro Marim.

It was 2.30pm when alerts were raised about two fires, one in Vale das Zorras in the east and the other in Orada (Albufeira).

In Castro Marim, the fire was fought by 45 men supported by 10 vehicles, while in Albufeira 21 firefighters and five emergency vehicles helped save some houses from the flames, which were approaching rapidly.

High temperatures contributed to the wildfires.

Nationwide, a total of 9,324 men and women, supported by 1,982 firefighting vehicles and 44 aircraft, are ready to respond to any fire emergency.
1″>news