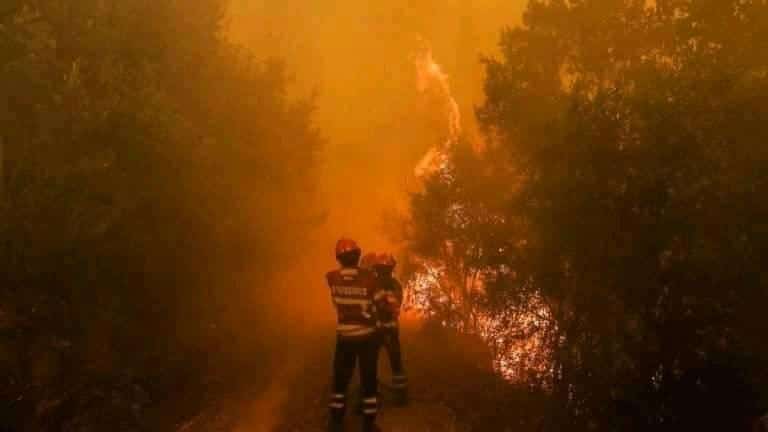 New father Filipe André Pedrosa, 34, was part of a team drafted in to avoid reignitions following a fire in Santa Catarina da Serra, in Leiria.

He had been working for around three hours when he “collapsed in front of his colleagues” shortly before 8pm.

The men tried to reanimate him as INEM took over, and transported Pedrosa to the local hospital.

It was after 9pm when the awful news came through.

“This is a very difficult moment. We have lost an exemplary firefighter and excellent human being who dedicated much of his spare time to saving others”, Leiria mayor Gonçalo Lopes told reporters.

President Marcelo has lamented the death on a day he classified as “very intense and difficult for Portuguese firefighters”.

Pedrosa appears to have suffered a ‘sudden illness’: possibly a heart attack.  An autopsy will now have to take place.

Said President Marcelo, the tragedy highlights “the great demands on all these men and women who risk their lives everyday for others”.

The weekend has seen fires in various parts of the country as temperatures ranged between mid-30ºs to low 40ºC.

The Leiria fire seems also to have claimed the life of an elderly man, found after flames were extinguished, in the burnt out wreckage of his jeep.