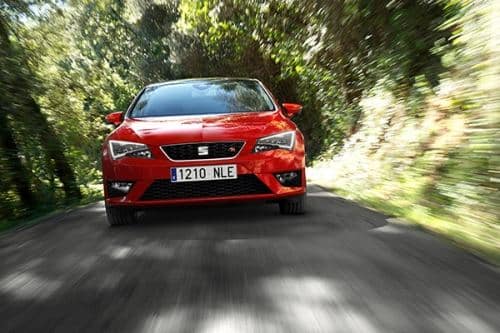 São Brás de Alportel and Tavira Câmaras will receive €300,000 each from the government to help families affected by the fire that ravaged the municipalities two weeks ago.

At a meeting with the mayors of both councils in Lisbon on July 24, the Secretary of State for Social Security, Marco António Costa, signed two Social-Local Development Agreements (Contratos de Desenvolvimento Local Social – CDLS) that will see financial aid being provided to the eastern Algarve populations whose properties were partly destroyed by the fierce blaze that burnt more than 26,500 hectares of land from July 18 to July 21.

Tavira Mayor Jorge Botelho and São Brás Mayor António Eusébio were presented with a set of measures concerning the areas of forests, agriculture, local government and social security that are expected to meet the most pressing needs of the families affected by the fires.

Marco António Costa told Lusa news agency: “The documents I signed, one for Tavira and one for São Brás de Alportel, represent a €600,000 grant from the government to help fire victims restore their homes.

“This financial aid will be complemented by other measures and subsidies for the affected populations as well as assistance for those whose income originates from agricultural activities, namely by suspending or postponing social security payments.”

Houses that were completely destroyed by the fires were, however, not included in the CDLS “as more time will be needed to consider the assistance required”, said Marco António Costa, adding that solutions for the more serious cases are currently being drafted.

After the meeting, Tavira Mayor said “numerous measures” had been presented by the government but now “they need to be turned into reality”.

Referring to the €300,000 assistance fund, Jorge Botelho said “no amount of money is enough” to replace the suffering of the affected populations, however, “everything helps and we have been assured that additional monetary help would be coming our way soon”.

But local opposition party PCP/Tavira has slammed the government’s “vague” measures and insufficient funds for the affected municipalities.

“The recent blaze was a total catastrophe and the government should have declared a state of public calamity,” he said in a statement, while accusing the powers-that-be of continuously ignoring the forests, hinterland regions and agriculture.

The blaze that was fought by more than 1,000 firefighters caused heartbreak and devastation as dozens of residents in the Serra do Caldeirão lost everything they owned, including their home and their cork oak-dominated land, their main source of income.

A serious lack of resources to combat large-scale fires and inadequate operational firefighting strategies have been blamed for the uncontrolled blazes.

São Brás Mayor António Eusébio said there were failures that caused a delayed response from the Bombeiros in some areas while environmental association Almargem said operational errors led to the fire spreading “so quickly to areas that are dozens of kilometres away from where it started – across valleys, roads and properties” (also read Lynne Booker’s article on p26).

Jaime Marta Soares, the President of the Executive Council of the Portuguese Bombeiros League, has requested an inquiry be opened into the alleged “lack of operational coordination”.

Major-General Arnaldo Cruz from the National Authority of the Civil Protection (ANPC) said he would not allow the “credibility” of the ANPC and the “trustworthiness” of its teams be damaged.

The Polícia Judiciária are still investigating the cause of the fire, which is suspected to have started due to sparks from a grinding wheel during works to install wind turbines in Catraia.

Meanwhile, the Minister of Internal Affairs Miguel Macedo announced this week that the government is providing a €154,000 grant to the São Brás de Alportel, Tavira and Albufeira firefighting units.