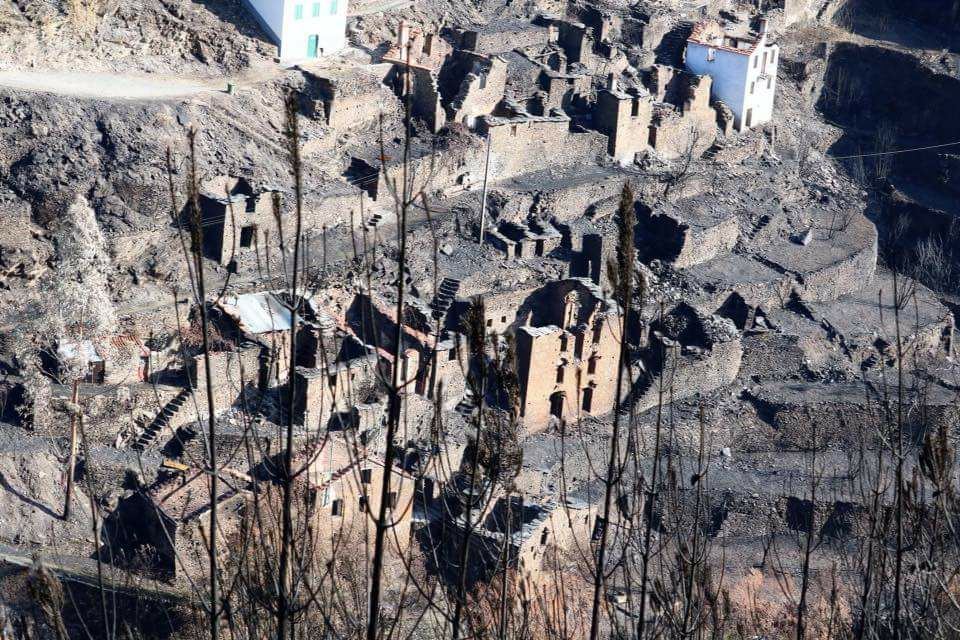 It’s a Portuguese expression the literal meaning of which gets ‘lost in translation’ – but the victims of the October’s killer fires in the centre of the country are pulling no punches.

An announcement made yesterday that the State will be ‘extending’ its support for victims of June’s killer fires to those affected by similar disaster four months later “does not alter the iniquities” that the association of victims of the largest fire of all time in Portugal (AVMISP) claims are at play.

Indeed, AVMISP says the government is simply trying to ‘make news’ from facts announced before Christmas.

Led by businessman Luís Lagos, AVMISP is rapidly becoming a force for the government to contend with.

A former aspiring CDS politician, Lagos has put politics behind him, he says, in order to concentrate on fighting for justice for all his neighbours and local businesses who survived the infernos of October 15 in which over 45 people died.

He told reporters yesterday that other than nice sound bites, the situation for victims basically remains the same:

“The injustice continues, and we’re not going to be quiet”, he warned over social media.

“Where is the report, and the support for businesses with the same levels of State participation (as given to businesses affected by fires in Pedrógão Grande in June)? Why has agriculture got the same support as other business activity? Where is the fund to manage donations?

Aid that flooded in from Portuguese people both here and abroad “was made without any rules” in place, he said, and until rules are established the inequalities between fire victims of Pedrógão and those of all the boroughs hit in October will continue.

“2018 has to be the year of our revolt”, adds the official AVMISP Facebook page. “Three months have passed and the government has still done nothing”.

CDS leader Assunção Cristas was ‘on the ground’ in Oliveira do Hospital earlier this week and she pledged to take the victims’ demands for action to parliament.

As we wrote this story, the office of prime minister António Costa announced that the first indemnities to fire victims were to start.

The communiqué said payments would be made to family members, heirs and others entitled to compensation for the deaths of victims in the fires of June and October 2017 under the extrajudicial mechanism approved by the Council of Ministers of October 21.