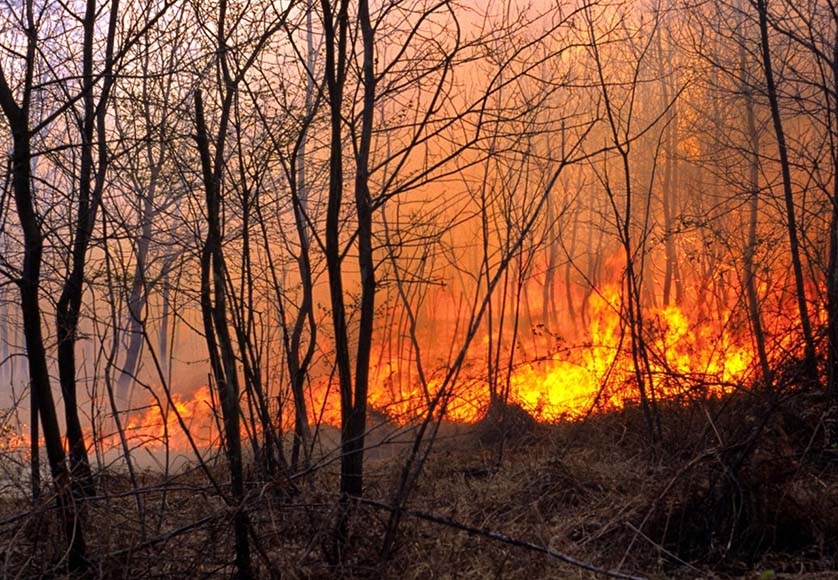 ALGARVE FIRES: Fire in Quinta do Lago has developed into full-scale drama (see reports on main menu)… flames right up to Conrad hotel and down to beach. “It is an enormous calamity”, says journalist Bruno Filipe Pires : evacuations ongoing of tourists from villas/ of patients from HPA private hospital in Gambelas.

Fire in Monchique registered, close to town in Convento, rapidly brought to resolution (3pm), and with luck will stay that way.

“There are variables we do not dominate” Civil Protection operational commander Richard Marques stressed this morning, referring to the high temperatures and strong winds which have turned today into a complete horror show.

Various homes in the Pinheiros Altos area of Almancil/ Quinta do Lago have been evacuated. A number have since been hit by flames (see story on main menu). “Quinta do Lago is the most critical point of this fire right now”; reignitions are expected even when flames extinguished; firefighters in force in area.

Fire in Mangualde with two fronts

Body of a woman in her 50s discovered carbonised after firefighters called to a blaze in a cornfield in Murtosa, Aveiro. PJ police believe this was an ‘accidental death’, but body taken for autopsy

Blazes in central area have already damaged/ destroyed homes (including primary residences), a school building and telecoms infrastructures. Various areas are currently without power and/ or water.

Hundreds of homeowners ‘evacuated’ from blazes in centre of country have no idea when they will be able to return home.

12 significant blazes remain active, the worst in Leiria: 18 districts under “red warnings” due to elevated temperatures, with more than 100 boroughs in “maximum danger” of rural fires.

According to IPMA meteorological authority today (Wednesday) could be the day Portugal registers ‘highest temperatures ever recorded’… We’re talking about maximums of 46ºC/ 47ºC in districts like Santarém.

Canadair water bomber planes are on their way from Italy and France. Four planes in total: Should be here this afternoon.