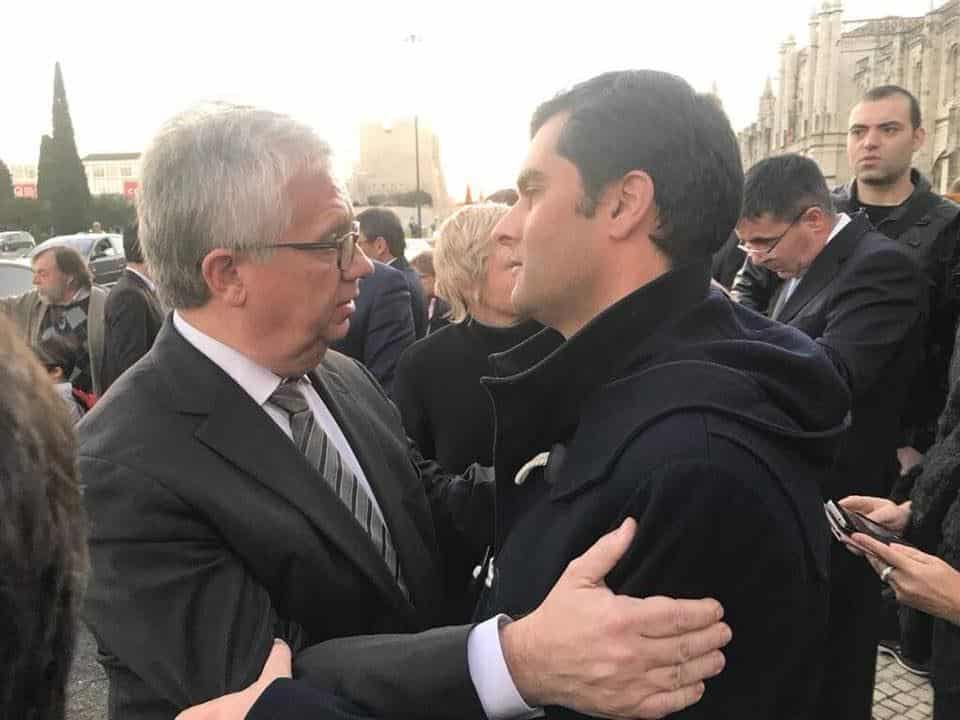 At last some good news for the association of victims of the largest fire ever in Portugal (AVMISP) campaigning to be compensated in the same way as populations that suffered similar horrors early last summer.

AVMISP represents the communities ravaged by monster fires that began on October 15, at a time when the fire risk season should be over.

It has been pushing for a forensic report exactly like the one forestry expert Xavier Viegas compiled for the fires of Pedrógão Grande that killed 66 people in June and injured over 200, as it wants “the truth” about what happened, how it happened and how many people were left to their own devices, to come out in detail.

Today (Thursday) one of the prime movers of the group reports ‘success’: prime minister António Costa has “invited” Xavier Viegas and his time to study the fires and “detail the circumstances in which 45 victims died”.

According to Sol online newspaper, Viegas had already started the job under his own steam.

Talking to Sol, AVMISP’s president Luís Lagos said the official invitation is almost certainly down to the pressure his organisation has been exerting at every available opportunity.

This week, AVMISP took its case to Lisbon, taking part in meetings in parliament and managing time also with President of the Republic Marcelo Rebelo de Sousa who will be spending Christmas and the New Year with the country’s fire victims.

Even so, there is still a long way to go. Says Luís Lagos “we trust in the work of Xavier Viegas, but he is not superman. We’re talking about an area affected that is four or five times greater than that of Pedrógão Grande”.

Will Viegas’ study be ready in time for victims claiming compensation? Lagos doubts it and stresses frustrations that if the government is prepared to pay out a minimum of €70,000 for every death, why are they not advancing families these minimum payments to tide them through difficulties while final details are worked out?

There are other issues too: the situation of inequality in compensation subsidies offered to businesses and farmers: with those affected by the fires of June inexplicably qualifying for higher payments than those ravaged in October.

With all these issues still very much on the agenda for the president’s visit over New Year, Sol’s story today carries an extraordinary witness report, giving readers an idea of what Xavier Viegas will be coming up against.

Says “Afonsinho de Condade” of the night of October 15. “The whole village was circled by fire, you couldn’t see two metres in front of your nose. When I realised the fires were already in the village, I tried to call Civil Protection, the firefighters, the GNR. I even tried 112. No one answered! I tried calling by cellphone, by landline and still the same. If anyone needed rescuing they would have died without any help at all. The only entities on the ground were the GIPS of the GNR (special forces) who appeared after the fire had destroyed everything but they didn’t even deign to stop to find out if the people running here and there needed any help, were injured or knew of others who were injured. They simply flashed their lights and sounded their sirens, carrying on the road as if nothing was going on. Not even a fireman appeared!”

Condade’s shocking account ended with a description of the fire, which he said was the kind that he’d never witnessed before, despite living with fires in the centre of the country since childhood.

“Flames that reached heights of 40-50 metres, from 15-20 metres everything was melting. There were no fronts, just 100 kms of flames. I am not exaggerating. I have lived through many complicated situations but I have never felt the fear that I felt on October 15”.