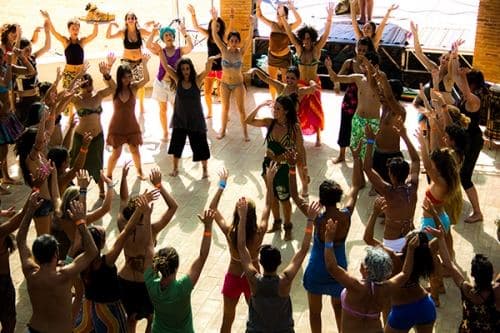 Driving back with friends from Cartaya, Spain, on Wednesday July 18 having watched Olhanense lose to Real Betis, we noticed what appeared to be a large cloud as we approached the Guadiana bridge, which seemed strange as no rain had been forecast.

The following morning a phone call from Clive Jewell, the British Consul, asking how things were in Tavira caught me by surprise. It was only then that I learnt of the raging fires.

The Olhanense Expat Supporters Group has some 300 members spread throughout Europe and even further a field. An appeal was circulated – the wonders of the internet – and very shortly offers of donations were arriving from far flung places including Norway and South Africa.

The appeal miraculously appeared on Facebook. The Algarve Resident included it in its online edition and Linda Cree (afpop) spread the message.

The immediate need was for bottled water, juices and snacks. Two van loads, thanks to Neil & Emily Richardson Removals, were hurriedly despatched to Tavira Bombeiros.

As the intensity of the fires and the impending disaster gathered momentum so did the generosity of the community. Fire stations were overflowing with bottled water, juices, fruit and snacks.

Norman White contacted us to see if we could help São Brás Bombeiros with shower gel, shampoo and towels and we were only too pleased to help.

An appeal for members to offer temporary accommodation to displaced people elicited further offers of help. We are just one of many groups who have in some small way helped those true heroes who have risked their lives in unbelievable temperatures.

A word of mention for the British Consul team who have not only kept us appraised of developments but have been out in the field giving support and advice to the threatened communities. We will all still need to be vigilant but if any good is to come out of this disaster then it is important that the bonds that have been created between the different nationalities are nurtured and built upon.

One can only feel heartache and sorrow for the rural families who live off the land and have lost all their livestock, fruit trees and crops. Will there be support for them in their desperate hour of need?

We are now liaising with Tavira and São Bras Bombeiros as to how best to disperse the remaining funds. Our thanks to everyone who has sent donations and words of encouragement.