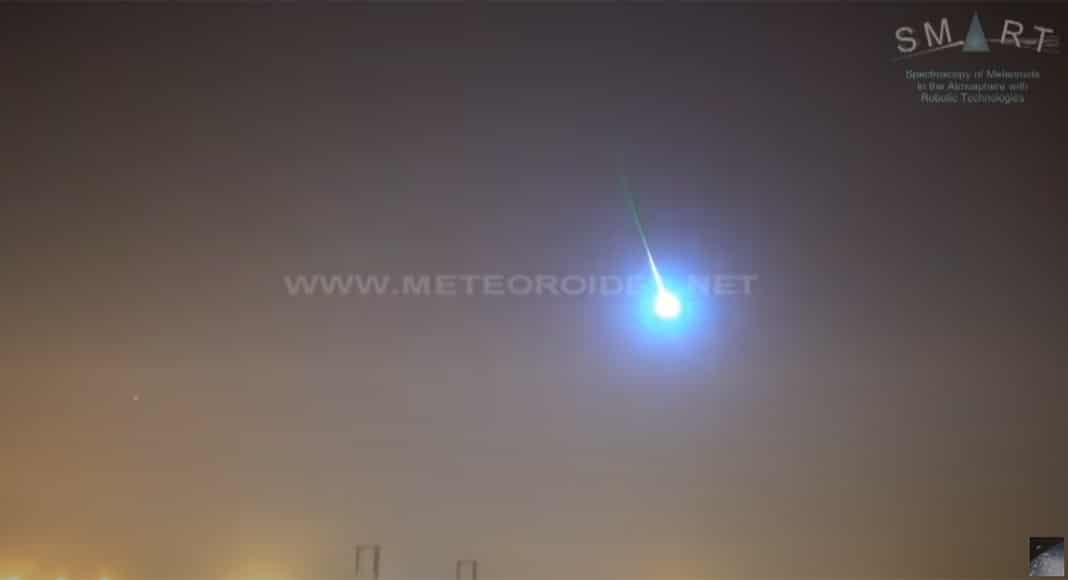 Night skies in southern Portugal and Spain were lit up for just a second at around 2.49am on Monday due to a meteor which exploded in the atmosphere at an altitude of around 60kms.

Described as a “fireball” by those who saw it, it is technically referred to as a bolide.

It was generated by a rock from a comet that hit the atmosphere at about 227,000 km/h, according to Jose Madiedo from the Institute of Astrophysics of Andalusia (IAA-CSIC).