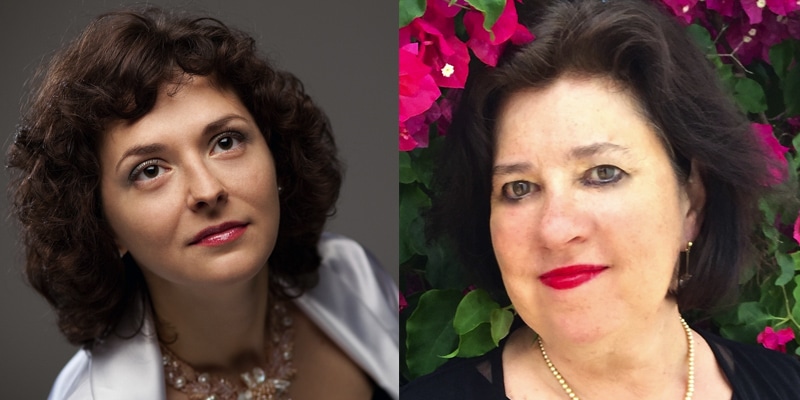 A performance by Finnish soprano Olga Heikkilä and British pianist Irene Ainstein will be held on Sunday, December 23 at Quintinha da Música, near Tavira, at 5pm.

The duo will be interpreting pieces by Händel, Franck, Puccini, Villa Lobos, Goundod, Dvorak and Menotti and playing some Christmas songs.

English-born Irene Ainstein won first prize in a Competition for Young Musicians after only a year of piano study. After finishing high school, she entered the Superior School Het Twents Conservatorium where she obtained diplomas in Chamber Music and as Accompanist and Soloist.

Irene Ainstein teaches at the Conservatório Regional in Faro and continues to perform in concerts with members of the Orchestra of Algarve, with Michael Thomas of the Brodsky Quartet and with several singers as their accompanist of choice.

Since graduating from the Royal Opera Academy in Copenhagen in 2013, she has made major house debuts at La Théâtre Royal de la Monnaie, the Staatsoper Stuttgart and the Staatsoper Berlin.

Olga Heikkilä was born in Finland and trained at the Helsinki Conservatory and the Sibelius Academy before moving to Denmark to attend the Royal Opera Academy, where her roles included: Adina; Ann Truelove; La Comtesse (Le Comte Ory); Giulietta; Manon; Musetta; Norina; Sophie and Violetta.

Prior to graduation, she appeared with the Danish Royal Opera as: Die Stimme des Falken (Die Frau ohne Schatten); Zerlina; and Azema (Semiramide). She was selected for the 2012 Mozart Academy at the Aix-en Provence Festival, where she sang: Donna Anna; Pamina and Zaide.

Since graduation, she has appeared for the Danish Royal Opera as Habinnas, Criside and Scintilla (Satyricon) and as Leonora (Maskarade). She made her debut for Den Fynske Opera in the same role, returning to the company the same season for Cassandra (Lysistrata). In 2013, she made her debut with the Staatsoper Stuttgart as one of the two soprano soloists in Jakob Lenz, the role in which she made her debut at La Monnaie in 2015.