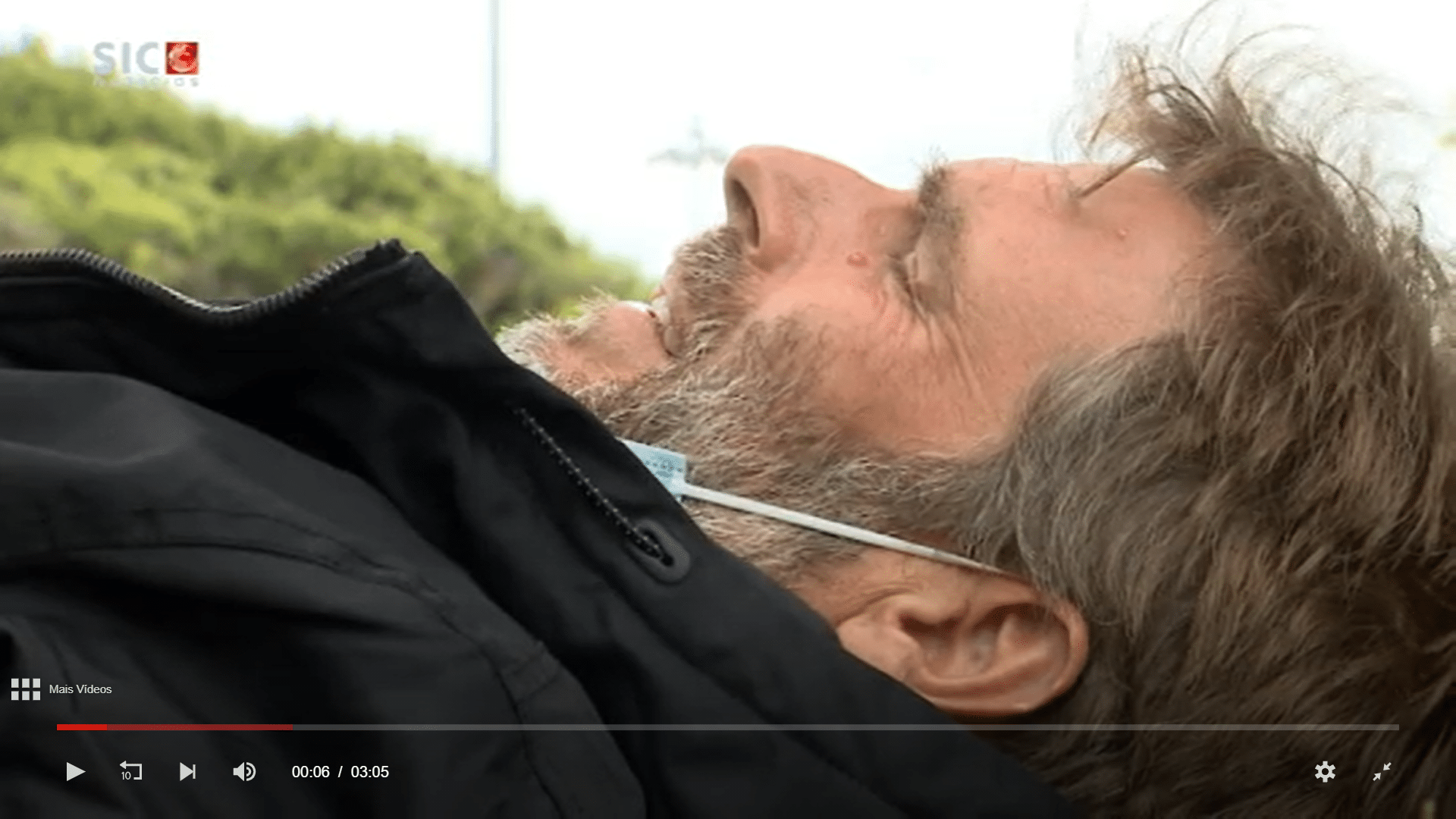 A financially-crippled berry farmer is refusing to give up despite three weeks in which he has staged a seemingly fruitless hunger strike outside Lisbon’s Belém Palace.

Luís Dias is simply fighting for support that he was legally entitled to after his 54 greenhouses were destroyed in two devastating storms in 2017.

But for ‘bureaucratic reasons’, DRAP Centro (the State’s regional board of agriculture dealing with Mr Dias’ request for support) hasn’t paid up.

The background to this story is ‘complicated’, in that Mr Dias had previously lodged a complaint to the European Accounts Court over the way his candidacy for ProDer (EU) funding had been mishandled.

He clearly feels the complaint is the reason his request for financial support after the storms was sidelined.

But with all the ‘other issues’ swirling in political circles right now, this one-man stand has essentially been sidelined.

He tells reporters that right at the outset, President Marcelo did emerge from the palace to talk to him. But as he was wearing a mask – and Mr Dias is profoundly deaf (following a bout of childhood meningitis) – he could not understand a word of what the president said to him.

Since then, he has had no contact with the head of State whom he had hoped might be his salvation.

The result of their efforts has seen the ‘general inspectorate of Agriculture’ open an inquiry into the “legality of the performance of DRAP Centro” in relation to Mr Dias’ request for post-storm funding – but this was over a week ago.

Every day since then, the clearly desperate man has continued to eke out his days on a cocktail of water, multivitamins and minerals (namely calcium, magnesium and phosphorus).

He has been hospitalised three times, is sleeping in his car and fears now for the long-term consequences of so long without eating on his health.

“I never imagined things would get to this point”, he explains to journalists who took the time to visit him. But now that they have, he feels he has no alternative but to see this struggle through to the end. He believes he has been victimised for daring to ‘blow the whistle’ on what he interprets as corrupt practices.

Perhaps the last few articles in the Portuguese press have ‘made the difference needed’.

Earlier this week, the Agriculture ministry published a statement in which it “lamented the situation” and confirmed that it is “committed” as it claims it ‘always has been’, to “finding solutions within the legal and community framework in place”.

According to the ministry, the only aspect holding up payment for Mr Dias’ financial support is documentation that should have come from him.

The former berry farmer claims the ministry is “distorting the facts to lie unashamedly to the country”.

He says he has ‘lost everything’: his home, his business, seven years of his life.

Concludes the station: “Luís’ case has been recognised by the former minister of Agriculture, by the Ombudsman and by the judge handling his case, but still the situation does not move forwards”.

And all the while, the determined but exhausted man spends his days walking or lying in the public garden outside Belém Palace just hoping his lone protest will embarrass authorities enough to bring an end to this extraordinary struggle.

UPDATE: Sunday saw Ana Gomes visit Luís Dias one further time, to try and make him give up his hunger strike. He has admitted that it’s clear the government seems content to ignore him. “The solution of the government seems for me to prepare my own funeral. I will have to think now. A government is not meant to operate like this…”

Ana Gomes told reporters: “I have advised Luís to give up. I don’t want to see him damage his health any further. He has already had to go to hospital a few times. I don’t think anything can justify him putting his health at further risk.

“Personally i am very sad for all of us”, said Ms Gomes. “And for the government which is my (political) party and which didn’t have compassion, entangling itself with bureaucratic justifications in order not to see this as it is: a case for justice”.

Say reports, “for Ms Gomes, Luis Dias is the victim of retaliation by the Agriculture Ministry because he denounced irregularities comitted by DRAP Centro”.