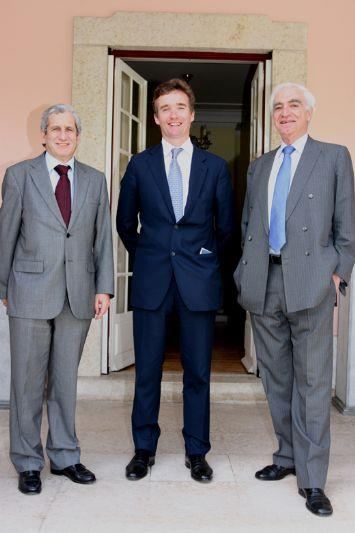 Portugal’s top financial markets regulator has blamed central banks for not spotting the warning signs of the financial crisis before the bubble burst.

While Dr Tavares supported measures that had been implemented to save the banks, he said that the days of ‘laissez faire’ and cheap and easy money had to be over.

“The central banks which often have been forgotten in this crisis, must share part of the blame since it is their monetary policies which encouraged easy credit, because of lower taxes and interest rates, and unrealistically priced goods and services, without taking into account or curbing drastic rises in the price of real and financial assets,” he said.

Addressing a group of Portugal’s top economists and the British Ambassador, Alex Ellis, at the British Ambassador’s Residence late last month, the regulator cited the ideas of former ‘bad boy’ economist Joseph Stieglitz, who had famously got the sack from his position as Chief Economist at the World Bank after criticising the US governments and the institution’s free market obsessions.

Dr Tavares said that many text books would have to be rewritten in the light of the present financial crisis which he pointed out did not have all the same causes as the Great Depression in the 1930s.

“Joseph Stieglitz has provided the best explanation I have found for this crisis in that it was caused by an excess of liquidity and cheap credit and an equal excess of stupidity,” said Dr Tavares.

Stating that the credit crunch and ensuing crisis had “torn apart convictions” he said that while governments had deregulated the markets, central banks had continued to run things as they had always done for the previous 30 years, when in fact “monetary policy should not have been the same.”

He explained how a lack of regulation had enabled companies and their CEOs to successfully hide their risks and debts through clever and complicated accounting tricks and were able to do so since they had the power to arrange profit and loss numbers.

Dr Tavares said that the market collapse and bank collapses brought home the importance of good regulation based on transparency since “efficient markets couldn’t work without good and accurate information”, and it was not always the case that people “had an incentive to provide accurate and honest information” without fear of punishment.

The lunch debate, which also discussed the dangers of protectionism and witch-hunting financial institutions, was held in the run-up to the London Summit being held yesterday (Thursday), when world leaders met in London to find a concerted action plan to tackle the worst banking and financial crisis since the 1930s.