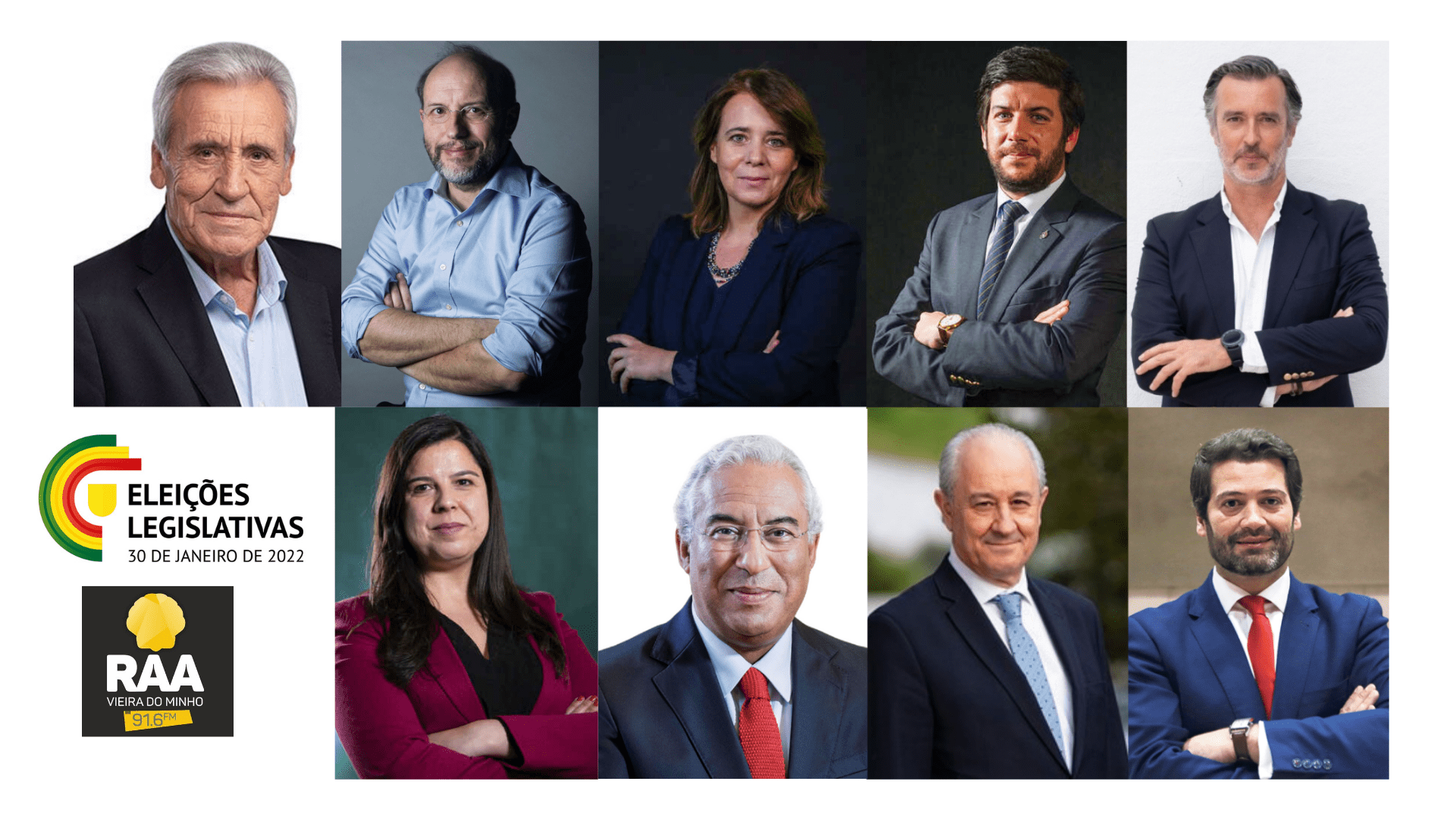 Today (Friday) is the last day for all the banner-waving processions of party faithful winding through the streets of key constituencies. Saturday sees a rather anachronistic ‘day of reflection’ – and then Sunday the country goes to the polls, the idea being to elect a government of stability.

The trouble with this idea is that it is looking even more elusive now than it  was in October, when Socialists opted to throw in the towel after parliament ‘vetoed’ their 2022 State Budget.

At the time, it was clear President Marcelo did not think elections were the answer (click here). Perhaps the latest poll commissioned by SIC and Expresso and coordinated by ICS/ISCTE* is why: far from having gained any ground, PS Socialists appear to have lost it; the centre-right PSD to have made impressive inroads – and far-right Chega to be on the cusp of its dream.

If this poll, three days before the elections, is an accurate picture of the country’s voting intentions, Sunday night will see Portugal in a major political pickle: a ‘technical draw’ between PS and PSD, with the PS with a slight advantage but not enough to make enough of a difference.

These percentages would give the former anything between 92-106 MPs, the latter anything from 87 to 101.

“The scenarios for governing the country are all open”, SIC explains, giving an overview of the likely options:

The PS could team up with its former ‘geringonça’ allies, Bloco de Esquerda and PCP/ CDU communists. But as neither of these have made any gains on the public’s perceived voting intentions, the likely results in terms of power in such a scenario would still be slim (46%).

The PS could try and create a larger ‘geringonça’ (ie team up with former allies, and add Livre and PAN into the mix). This, suggests the poll, could reach a parliamentary muscle-power of 49%.

Bearing in mind the PS ‘fell out’ with Bloco de Esquerda and the communists (and the prime minister intimated earlier in the race that he was unlikely to consider a new alliance), the PS could opt simply to join forces with PAN and Livre, but that would leave it with just 38% of the support in parliament (fairly pointless, in other words…)

Then, there is the more robust option: PS joining forces with PSD for the much-talked-about-usually-discounted ‘Bloco Central’ (Central Bloc). This would give a majority in parliament of 68%.

But on the basis that power CAN be snatched by the losers (as PS Socialists did in 2015), the PSD has some options up its sleeve as well:

It could team up with Iniciativa Liberal and CDS, to reach 40% of support in parliament (again, unlikely to be enough…) or it could ‘engolir o sapo’ (a Portuguese expression which literally means ‘swallow the frog’) and agree to a wider alliance taking in PAN and Chega. If it did this, PSD could assemble 48% of the support in the (hypothetical) new parliament.

Of course all of this depends on everything else panning out in the way the poll lays out:

The third political force (or rather forces) would be Chega, IL and CDU, all expected to take 6% of the votes; Bloco de Esquerda dropping into 4th place with 5%, followed by PAN on 2% and then CDS and Livre on 1% each.

It is equally possible that CDS and Livre don’t manage any representation in parliament.

Thus anyone looking at the recent circus (in which social-distancing and ‘sanitary etiquette’ went right out the window) would be forgiven for wondering what on earth it has all been about.

As for the various political parties, they all seem to be at each other’s throats today; mutually accusing each other of putting the future/ any notion of stability/ even democracy itself, at risk.