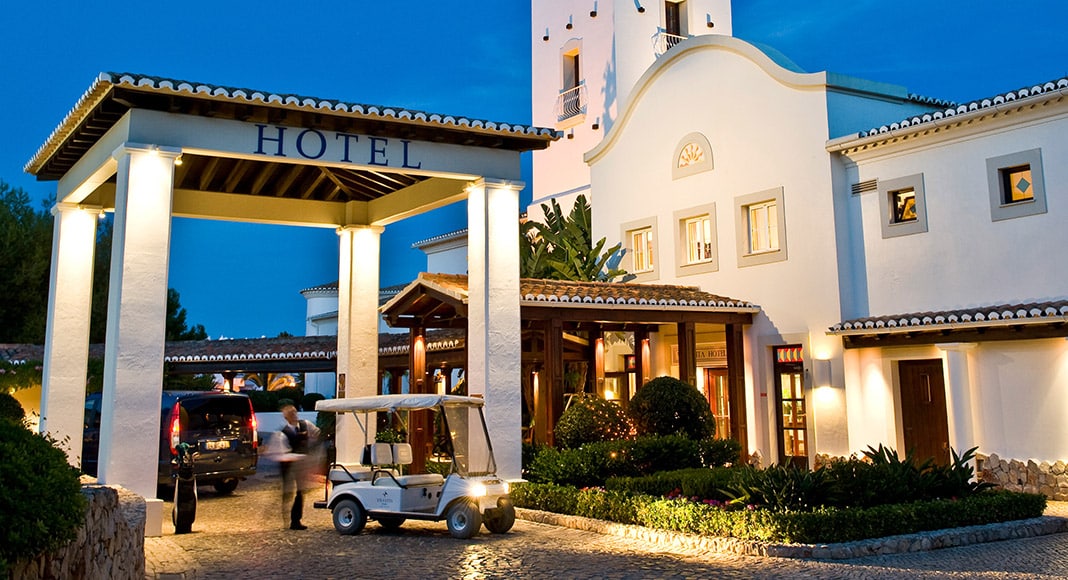 Vila Vita Parc resort in Porches has ‘popped its festive hat on’ and created a “magical programme” to celebrate Christmas and New Year’s Eve which will include fine-dining, wine tastings and live entertainment.

The festivities will begin on the weekends of December 12-13 and 19-20 with the resort’s Christmas Market, which will be open between 10am and 7pm and will be free to visit.

“The V-Life Shops and the Piazzeta at the resort, overlooking the Swan Lake, will take on the magic of Christmas, with live music and food and beverage stalls – the latter including the traditional ‘Gluehwein’ and homemade hot chocolate,” says the resort.

There will be “live entertainment for the entire family”, as well as “stylish shopping options including luxury Christmas hampers, seasonal decorations, along with a chic fusion of national and international brands spanning jewellery, clothing, homeware, accessories and wine”.

On Christmas Eve, the resort will invite its guests to gather around by the fireplace in the lobby for tea and cookies in the afternoon, as well as for a visit from Santa with his “sack of surprises”.

Later in the evening, guests will be able to “indulge in sumptuous Christmas Eve dinners” at several restaurants at the resort, including two-Michelin star Ocean which is offering a ‘Gourmet Tasting Menu’ (€210 per person, not including drinks).

They will also have the choice of dining at one of the restaurants outside the resort, such as Arte Náutica at the Armação Beach Club which will serve dinner from 6pm, or the Vila Vita Biergarten which will be serving a three-course ‘Traditional Bavarian Goose Roast’ (€38pp).

On Christmas Day, Atlântico within the resort will be offering a “special fine dining experience”, giving guests a chance to watch the chef cooking in front of them (€45pp or €75 including wine pairing) while Ocean will boast a “special tasting menu” (€210pp, excluding beverages).

Between December 26 and 30, guests will be able to enjoy “intimate wine tastings and dining experiences at Cave dos Vinhos wine cellar”, as well as “a number of gourmet feasts and tastings in the elegant Oasis Bar including afternoon tea, platters of oysters and caviar, as well as champagne and vodka tastings”.

Last but not least, a ‘Grand Gala Evening’ is promised for New Year’s Eve, a “truly glittering affair offering plenty of live entertainment and decadent cuisine”.

Included is a five-course menu, as well as a New Year’s Day brunch for resident hotel guests (€335pp, or for non-hotel guests €305 for the gala and €75 for brunch).

Guests can also opt for a “more sophisticated menu and wine pairing” at Ocean restaurant (€490pp) or a gala dinner at Atlântico with a five-course menu (€235pp).

The stroke of midnight will be celebrated with a “spectacular firework display” in the gardens of the resort, followed by a DJ performance at Disco V-Club (a table for up to five people including a bottle of Dom Pérignon can be booked for €750).

Those looking for “a more laidback, but equally magical New Year’s Eve” can opt for a three-course or à la carte dinner at the hotel’s beach-side restaurants: Arte Náutica and Praia Dourada (€55pp for three-course meal). There is also the option to dine at the Biergarten, which will serve up a four-course menu with live music (€65pp).

Advance bookings are necessary to ensure all health and safety measures can be planned effectively. 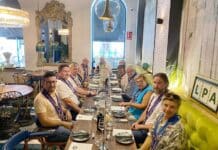 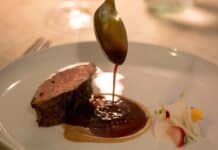