Portugal’s musical cream of the crop is returning to Faro between September 1-3 for another edition of Festival F, marketed as the “last big summer festival” of the year.

The event is returning to its usual format after being held on a smaller scale throughout the pandemic years and is bringing several big names of Portuguese music to the Algarvian capital. 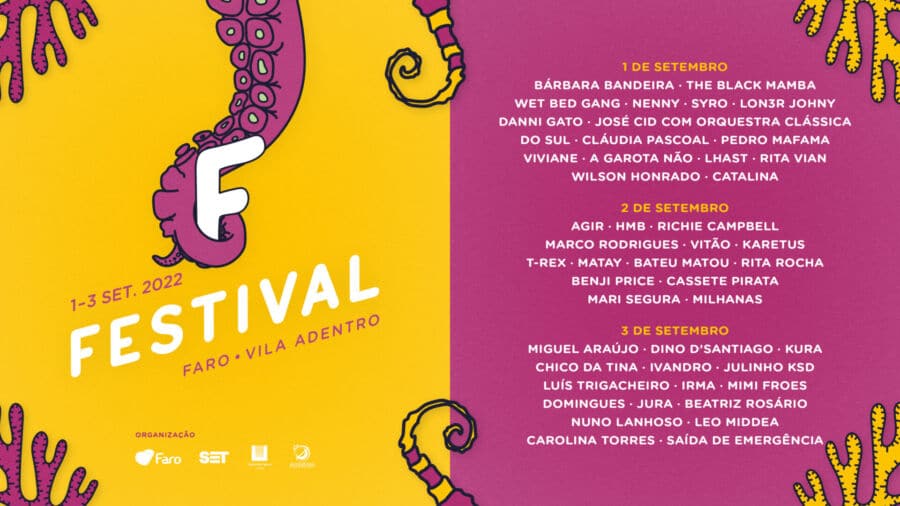 “It is a great joy to be able to organise and bring F Festival back to Vila Adentro after two years during which it was not held as usual due to the pandemic,” said Faro Mayor Rogério Bacalhau.

Around 50 artists have been confirmed so far. They will be performing across nine stages in the town’s historical centre, with the stunning Ria Formosa as their backdrop.

Organisers are hoping that the event will build off the unprecedented success of its 2019 edition, which attracted nearly 60,000 people and was completely sold out all three nights.

There will also be daily talks, art exhibitions and stand-up performances.