Portugal Resident
Home Lifestyle Wine Fermentation may have been a better invention than fire! 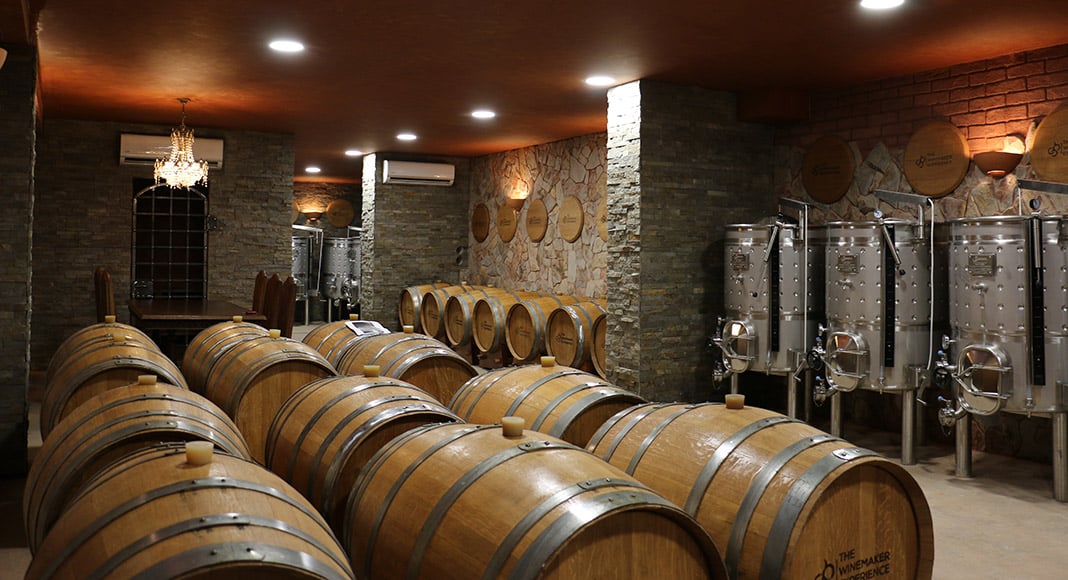 David Rains Wallace, the American author, has made many interesting, sometimes provocative statements, this one regarding fermentation might be one of his most controversially highlights.

Karl Heinz Stock, founder of the wine estate Quinta dos Vales in the Algarve, Portugal admits that he found Wallace´s quote “first a bit provocative, but after giving it a second thought, it actually made sense”. 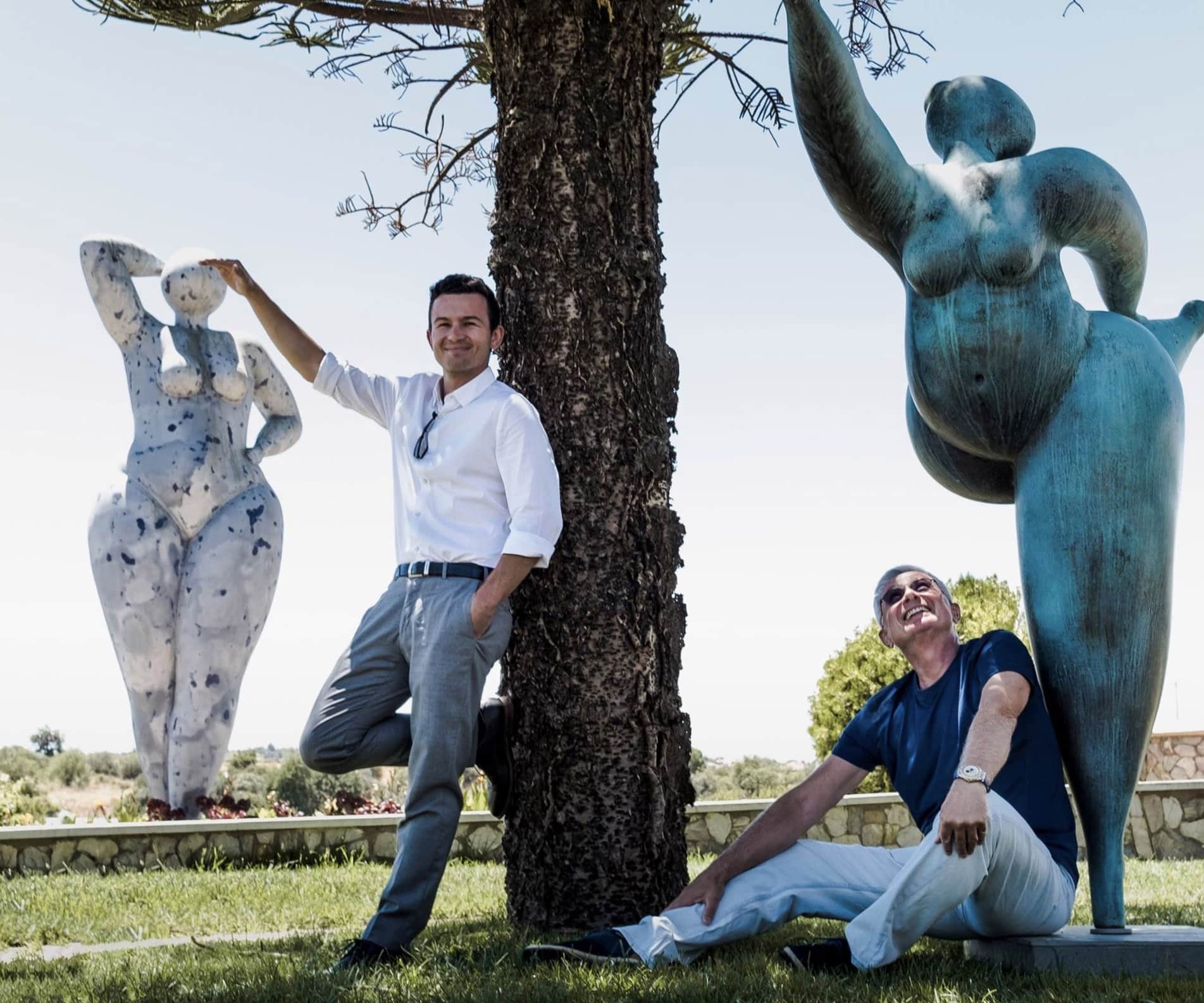 The detection and use of fire is generally considered as the most important milestone in humanity’s evolutionary history, as it opened the possibility to cook food that would otherwise be difficult to digest. Others, such as Wallace, consider the discovery of naturally found microbes, such as yeasts, just as important as fire, since they give access to flavours or nutrients, which would otherwise not be accessible. Fire requires energy, while fermentation is a natural process which in simple terms can be seen also as a kind of cooking process, where long chains of organic tissues are broken down to smaller compounds by their own enzymes.

Fermentation is one of the oldest food processing and preservation methods known today. Probably already some 10.000 years ago the first spontaneous fermentations were initiated by mankind. The oldest recording is from 7.000 BC Iraq, where supposedly the first cheese was produced. Since then fermentation has been used to preserve food and to convert sugars into alcohol for thousands of years. 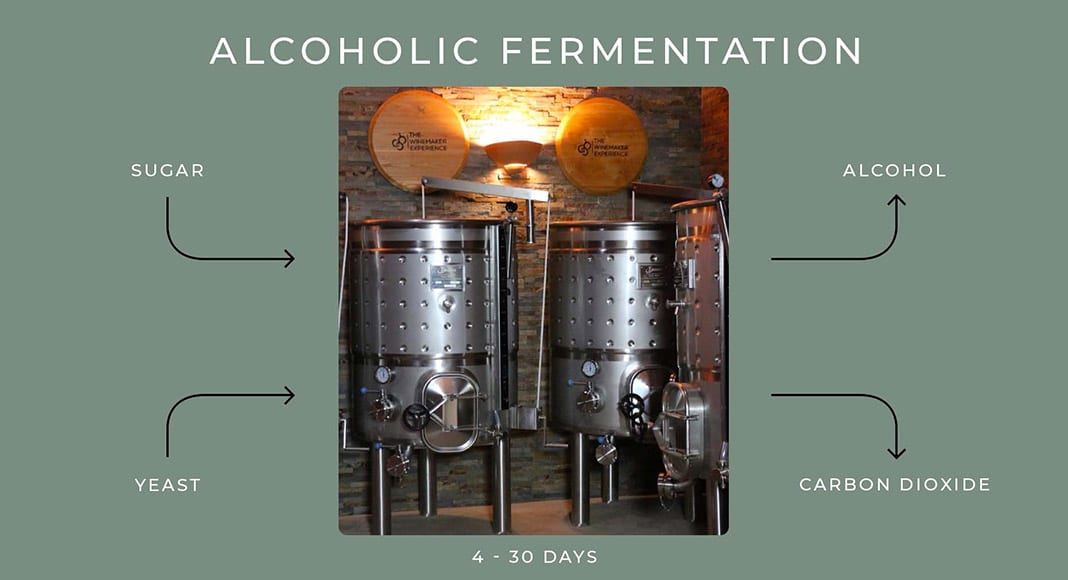 In broader terms one differentiates three main subtypes of fermentation, alcoholic, acetic acid and lactic acid fermentation. The most popular known and oldest chemical interaction in mankind’s history is rightfully the alcoholic fermentation.

The first documented proof of winemaking reaches back to around 6.000 BC in the Near East country of Georgia. The case can be made that this “invention” allowed larger populations to live in higher densities, which was previously not possible as at the time there were no effective hygiene measures that could prevent the contamination of water when people lived in higher densities. The Romans were known to cultivate vines as one of their first actions when they settled into a newly discovered or conquered region.

Modern winemaking follows basically the same principles as were discovered thousands of years ago. After the grapes have been harvested and spent a night in a cool environment (in a modern winery the aim is to avoid “wild” fermentation), they will undergo a quality-control on the selection table and then be de-stemmed and pressed. And then the magic happens: fermentation. This process takes place in stainless-steel deposits, and is initiated when the winemaking team add an activated cultured yeast to the wine-must. 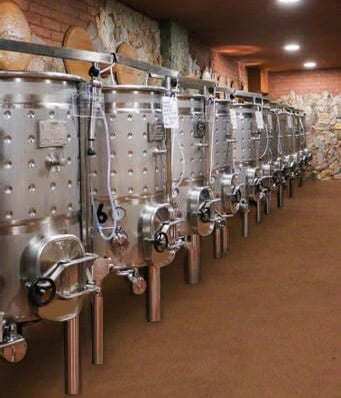 One of Quinta dos Vales’ most important principals is to respect the natural characteristics of their grapes, which is why the winemakers only ever use flavour-neutral yeasts. Yeasts are fungi that multiply by shedding cells. The energy for this is supplied by sugar. Thus, alcohol is actually only a by-product of the yeasts’ multiplication process.

During the alcoholic fermentation the wine-must is transformed into actual wine, the sugars in the must transform into ethanol and carbon dioxide. The temperature of the liquid (the term “wine” isn’t used at this stage, as during the alcoholic fermentation the liquid is somewhere between must and wine) is controlled throughout this process. For white or rosé wine the ideal temperature range is 12-17 °C, whereas the target for red wines is 24-25 °C. 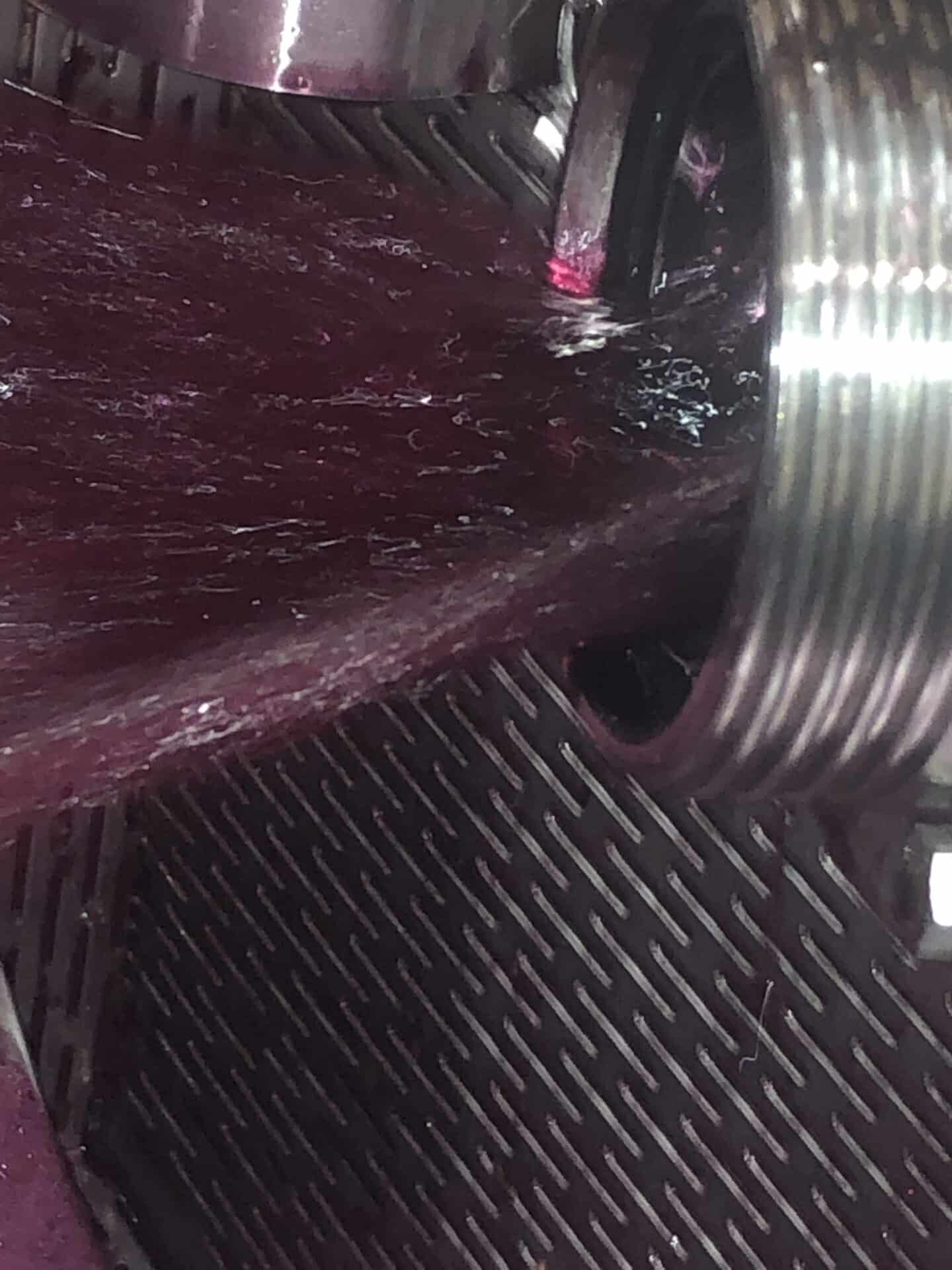 In the case of red wine the skins remain in contact with the liquid throughout the alcoholic fermentation, which allows the maceration to continue. Maceration is the organic process where the colour, tannins & flavour compounds are extracted from the skins and seeds. This is avoided in the case of white or rosé wines, if a maceration process was permitted with white skins the result would be an “orange” wine, such as Quinta dos Vales “Dialog Secretum”.

Besides permanent density measurements the winemakers have another easily visible indicator of a completed fermentation. CO2 is no longer being produced, this results in the skins, seeds and pulp sinking to the bottom of the stainless-steel vat, rather than sitting on the very top, as is the case during an ongoing alcoholic fermentation.

Once the alcoholic fermentation has ended the wine (post-fermentation it is already a wine) needs to be kept separated from oxygen, which is done by use of pressurised lids.

For the Private Wine-makers of Quinta dos Vales this is a time of anxious waiting, as only after the malolactic fermentation (which can take up to two months) the real quality of the wine becomes apparent. There are already 18 such Private Wine-makers at Quinta dos Vales, who participate in the project The Winemaker Experience, which aims to turn wine-lovers into wine-makers. Each participant owns an individual parcel of vineyard, and they are guided through the full wine-production process by the winery’s team, encouraged to take each and every production-related decision themselves, all the while being able to rely on the consultancy of Quinta dos Vales’ winemaking team.