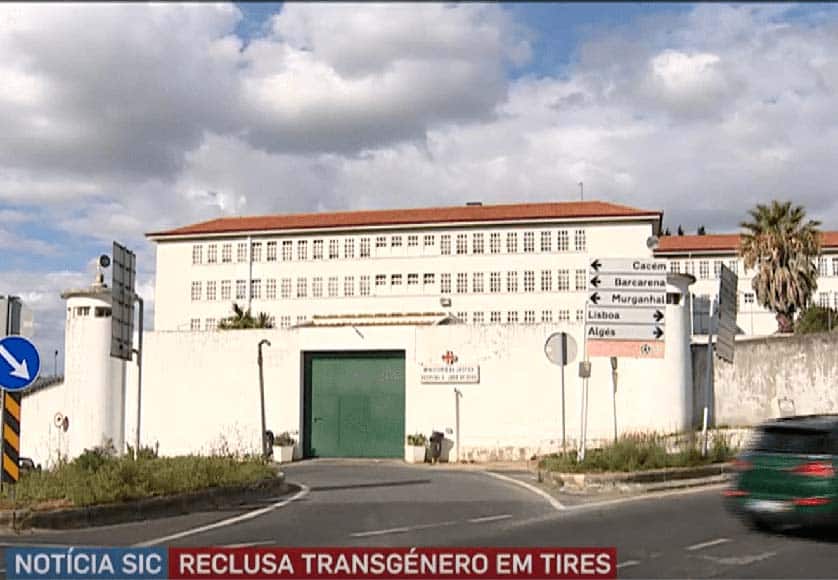 Prisoner ‘identifies as woman’ but still has penis

Female prison guards at Tires women’s prison found themselves in an impossible position: they were expected to body-search a new inmate who, in spite of having male sex organs, identifies as a woman.

This was the first case presenting this level of confusion since a circular came into place requiring prisons to recognise inmates on the basis of law 38/2018 which allows for the right of self-determination and expression of gender.

Explains SIC today: “A person who identifies as a woman is a woman, and should be respected as a woman”.

Rules in prisons changed relatively recently to “safeguard the rights of transgender people in Portugal and end discriminatory practices in prisons”.

Says SIC, if the prisoner had entered the jail up until March this year, rules saw to it that transgender inmates were admitted to the prison hospital of São João de Deus “as if they were carrying a disease, which they did not have”.

The circular sent to national prisons said that transgender inmates are to be processed (which implies a body-search) by “members of the same sex with which the transgender person self-identifies“.

And this is what did not sit well with Tires’ women prison guards.

According to SIC, they felt a conscientious objection to treating a prisoner with a penis as a woman.

The issue saw the prisoner ‘kept waiting for around an hour in the corridors of the jail until two female guards were persuaded to carry out the body-search “under protest”, writes Jornal de Notícias.

But the upshot of this difficult situation is that prison guards “fear the arrival of new transgender inmates”, says SIC.

Right now, this particular prisoner – aged 41 – will be kept in isolation; first for the usual ‘period of observation’ and then by dint of being ‘privileged’ with an individual cell.

Individual cells however are at a premium. If too many transgender prisoners arrive, guards will start having real difficulties in working out where to put them.

There are currently only five transgender prisoners in the Portuguese jail system, which has roughly 12,000 inmates in 49 establishments.

This particular prisoner, named as Tânia Ferrinho, is suspected of the attempted murder of her septuagenarian parents who sustained multiple stab wounds in a reportedly frenzied attack that saw them rushed to hospital.

Said reports at the time, the parents’ lives hung by a thread. They had been stabbed in various organs, and survived, “thanks to the intervention of neighbours who managed to stop the continuation of the aggressions”.

Ana Aresta, president of ILGA – standing for Intervenção Lesbica, Gay, Bissexual, Trans e Intersexo – tells SIC that as far as she is concerned the 2018 law allowing self determination has been justly-interpreted by the prison circular. “People don’t have to pass through any kind of process of surgical affirmation to be considered men or women”, she said.

Hermínio Barradas, president of the association of prison guard chiefs, disagrees. He says the law as it stands does not demand that women prison guards must body-search individuals who were born as male and have not been through any kind of sex change process. In the guards’ mindset, they are being asked to do something they find indecent.

Indeed, the law as it stands (not the internal circular sent to prisons) implies transgender inmates should be processed by members of the same sex – “we are talking of sex, not of sexual or gender orientation”, he stressed.

Barradas told SIC that complaints will be made now against this new reality affecting the prison service, and a “transmission of what has occurred” will be sent to the parliamentary sub-commission that deals with prison matters.