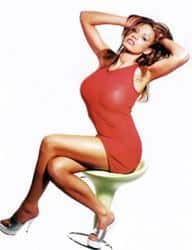 MY MOTHER assures me that I spent the first five years of my life driving her and everyone else in my immediate vicinity mad. As soon as I was able to speak, I would answer anything and everything with a resounding “why?” This seemingly infinite thirst for knowledge has stayed with me until today, although I couch my questions somewhat differently now.

You see, I organise pub quizzes and torment complete strangers trying to enjoy their holidays with obscure and little known facts and trivia. Strangely enough, my audiences appear to draw a degree of perverse pleasure from my sadistic machinations, returning eagerly time after time, some going so far as sending me text messages from abroad before arrival in Portugal.

The quiz in general, be it the game of Trivial Pursuit, television’s Who Wants To Be A Millionaire? or any other form of entertainment involving questions and answers, commands a great following in the English speaking world. And to my mind that is fine, very much more rewarding than staying glued to the brain-numbing voyeuristic Big Brother pseudo-reality.

Geography and history apart, some of my favourite material comes from memorable and often humorous comments, quotations that stand the test of time. Do you know, for example, that it was Mandy Rice-Davies, back in 1963, who coined the adage “Well, he would, wouldn’t he?” during the court hearing that followed the Profumo scandal? Forty-two years later, her rhetorical remark still comes in useful in numerous situations.

Oscar Wilde furnished us with the evergreen “I can resist everything except temptation”, while George Bernard Shaw immortalised the words “England and America are two countries divided by a common language”. The humour content of a quotation adds to its shelf life and is particular to each individual listener, although many examples have universal appeal. Queen Victoria was reputedly “not amused”, but millions of us are.

Hands up if you don’t find the following sketch, from one of the many Carry On movies, funny:

Sid and June on a first date …

June: “No, thank you. I tried one once and didn’t like it. My son is exactly the same.”

But I digress. Let’s get back to quizzes. It is amazing what facts people actually do store in their grey matter. Pearls of wisdom ranging from Ulan Bator, the capital of Mongolia, to the gestation period of the aardvark, flow forth freely without the contestant batting so much as an eyelid. Ian Botham’s batting average, Lester Piggot’s first Derby mount, that model-turned-singer Jordan is in fact Katie Price, or that the great British plumber Thomas Crapper invented the flushing toilet – none of these present a problem to the serious quiz aficionado.

And then there are the dunces, who ensure that no evening passes without its fair share of hilarity. Imagine witnessing the following set of soberly delivered ‘stabs’ at an answer:

Eamonn Holmes on National Lottery Jet Set: “What is the name of the playwright commonly known by the initials GBS?”

Bamber Gascoigne on University Challenge: “What was Ghandi’s first name?”

Anne Robinson on The Weakest Link: “In traffic, what ‘J’ is where two roads meet?”

Phil Wood on BBC GMR: “What ‘K’ could be described as the Islamic Bible?”

Paul Wappat on BBC Radio Newcastle: “How long did the Six Day War between Egypt and Israel last?”

Steve Wright on Radio 2: “What is the Italian word for motorway?”

Judy Finnegan on This Morning: “The American TV show The Sopranos is about opera. True or false?”

Finnegan: “No, actually, it’s about the Mafia.  But it is an American TV show, so I’ll give you that.”

And last but not least, a selection from Family Fortunes. Questions:

“Name an occupation where you might need a torch?” – A burglar.

“Something that floats in a bath?” – Water

“Something sold by gypsies?” –

Opposite the Coach and Horses.

“Name a bird with a long neck?” – Naomi Campbell.

I hope I didn’t bore you. I am not usually someone who laughs out loud in public, but when I came across this compilation, the giggles proved irresistible. Quizzes are, of course, not the only means of exercising our intellect. Crosswords are very popular and last year the Japanese Sudoko-craze swept the world. The ‘Land of the Rising Sun’ seems to be particularly adept at coming up with these brain-teasers.

The latest fad set to hit these shores is a computer game designed to put our minds through a 10-minute workout. Tokyo-based neuroscientist professor Ryuta Kawashima’s Brain Training is aimed at 35 to 65-year-olds and will be advertised in Saga Magazine and classical music radio stations. Over 1.4 million copies of the Nintendo software have been snapped up already in Japan, making it a runaway bestseller.

Intended to improve mental awareness and long-term memory, the game consists of nine different exercises measuring a player’s speed and accuracy in a series of mathematical, cognitive and language tests. Users can store their results and compete against other players.

We are gradually approaching the end of this excursion into the entertaining world of questions and answers – but one question remains: what is the point? Primarily, I think, therefore I am. People in general like to know things, an inbred curiosity if you like. We also like to compete and play games, and we need to be distracted from the worries of our often not so easy daily lives. On the other hand, we could regard this type of trivial diversion as a training exercise, leading us on to perhaps one day answer the biggest question of them all: what is the meaning of our lives?