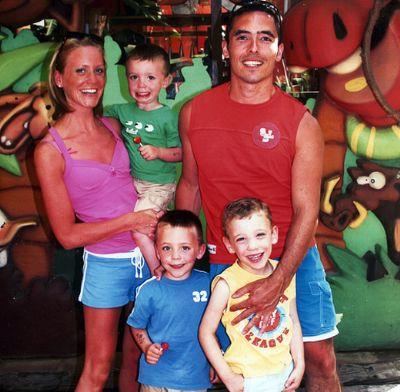 The father of six-year-old Nathan Sharkey, who died at Faro hospital a year ago, is preparing a charity trek to Peru to raise funds for needy children.

Following the tragedy in July 2008, when Nathan drowned after falling into an irrigation tank near the family’s holiday home in Silves (see the Algarve Resident edition, August 1, 2008),  Martin Sharkey from Claudy, Londonderry in Northern Ireland has decided to take on a challenge as a form of therapy and to do something for others.

“I had been looking at something to do to pre-occupy my mind since our tragedy and due to the amazing outpouring of sympathy we received, I felt like I needed to give something back,” he told the Algarve Resident.

He added that it was while standing in a queue that he spied a leaflet for the Trek Peru 2009 challenge in aid of Children in Crossfire charity.

“I had met the man who started it, Richard Moore, some time ago as I used to look after their computers and knew his charity was genuine and worthy,” said Martin.

“I know that this trip doesn’t help Nathan’s local school, who I would have liked to do something for, but who knows what opportunities this will bring. I may continue with other charity events in the future.”

Martin said that his wife and family are fully behind him on this trek and hope that it will provide a welcome distraction from the pain of having lost one of his three sons.

“My wife had dreamed of going to the Algarve for years, it was our first time there,” said Martin. “I don’t think we’re ready to go back to the Algarve yet, despite having been invited back by the lady who we stayed with. It still hurts, but I wouldn’t rule it out completely.”

Martin also spoke of the care and support that he and his family were given in the Algarve.

“Everyone was very supportive and the medical and emergency staff at the hospital in Portimão and Faro were fantastic. They were second to none.”

Nathan’s father now hopes that his charity work will make a positive difference to children’s lives.

“Nathan taught us a unique way of looking at the world. As he had severe Lennox-Gastaut Syndrome rendering his learning abilities to that of an infant, we were used to adopting the attitude that small changes to his learning were in fact major advances.”

Martin’s target for the 10-day trek, which will start on November 16, was 3,650 pounds sterling, but he says that that has already raised more than 4,700 pounds.

For more information and to make a donation, please visit www.justgiving.com/martinsharkey-trekperu. Martin Sharkey has also created a website called www.losinganangel.com which discusses what it is like to lose a special needs child.