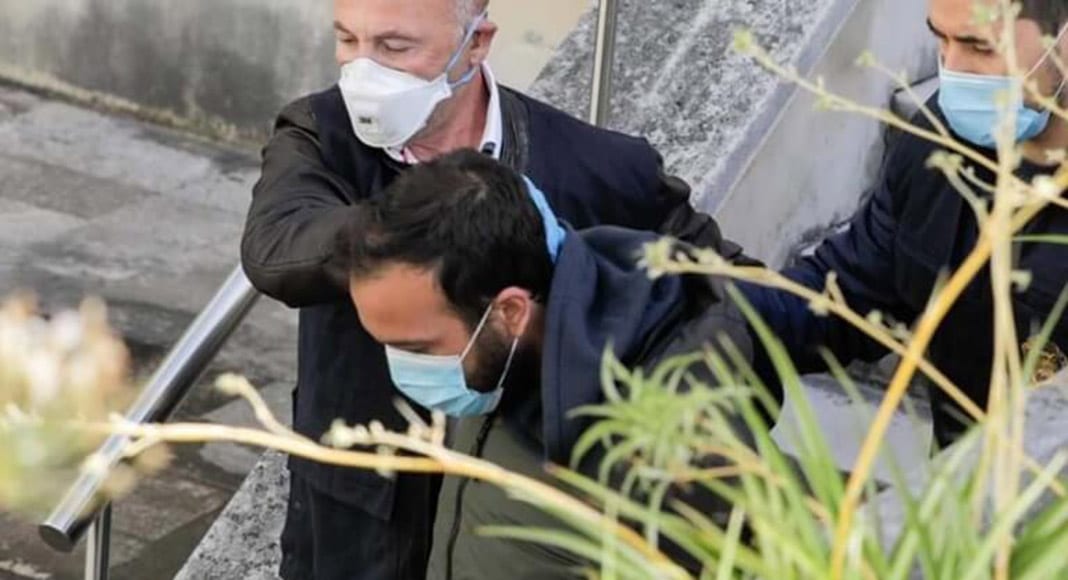 Sandro Bernardo – the 32-year-old father cited with murdering tragic ‘lost daughter’ Valentina – is undergoing surgery today after an incident of self-harm in his cell at the Lisbon headquarters of the Polícia Judiciária.

Reports claim Bernardo broke his lavatory and used the chipped shards of ceramic to cut himself, particularly on the wrists and arms.

The life of the man described by locals in the village of Atouguia da Baleia as a monster is not at risk, writes Correio da Manhã, referring to his injuries.

Bernardo was being held in solitary confinement “due to the pandemic”, the paper adds.

In an earlier report, CM has stressed the trauma experienced by Valentina’s step-brother as a result of the beating she received 13 hours before she died (click here).

The boy is described as “hardly able to talk”. Valentina’s screams don’t leave his head, says CM which has revealed Sandro Bernardo burnt his daughter’s feet with very hot water as he beat the child’s legs and behind – apparently in the presence of the boy’s mother, Valentina’s step-mother.

CM makes no mention of when Sandro Bernardo is due to be discharged from hospital. Everything points to him being returned to his cell to await trial for murder, the desecration of a body and very possibly other charges relating to domestic violence.