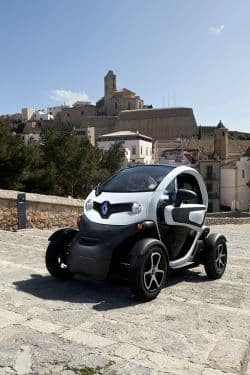 Tragically a five-year-old British girl and her grandfather lost their lives through drowning on Tuesday (August 21) after a freak wave caught them off-guard whilst walking along the Salgado beach of Nazaré, 120 km north of Lisbon.

Lara Lewis and 66-year-old Brian O’Dwyer were some 300 metres outside of the area of the beach patrolled by lifeguards when they were swept out to sea at around 2pm.

Jill O’Dwyer, Lara’s grandmother, was rescued from the waves which were described by some as being around two to three metres high.

Two local fishermen on a boat in the water nearby spotted the three in distress and rushed to pull them from the ocean and alerted emergency authorities.

“The grandfather was already dead when he was hauled from the water. Emergency teams did all they could to resuscitate the child, but to no avail,” Nazaré Port Authority Commander, Albuquerque e Silva, said at the scene.

“The two victims, accompanied by the grandmother, had left the area of Salgado beach, which is under lifeguard surveillance, and went for a walk during when, we believe, they must have been knocked over and swept away by the waves,” he added.

On the beach, Lara’s grandmother received first aid from paramedics before being transported to Alcobaça Hospital, where she is said to be in a stable condition.

It is believed that Lara and her grandparents decided to take a stroll along the beach, leaving Lara’s parents, Philip and Sian Lewis sunbathing. The Lewis family live in East London.

At the scene, paramedics, 10 bombeiros and members of the maritime police tried to revive the victims for more than one hour.

Salgado beach, which stretches over 5 km, is renowned in the area for its strong tides and dramatic waves. Most popular with surfers and bodyboarders, the waters of Nazaré are notorious for their dangerous nature and swimmers are cautioned to take great care.

In November 2011, Hawaiian surfer, Garrett McNamara, broke the world record on the beach for riding the largest measured wave of nearly 30 metres.

On the morning on which the two Britons lost their lives, the red flag had been raised on the beach to warn bathers of the rough seas that day.

A spokesperson at the Foreign Office said: “We can confirm the deaths of two British nationals on Tuesday in Portugal. We are providing consular assistance to the family at this difficult time, and liaising with local authorities.”

On its website, the Foreign Office warns holidaymakers of Portugal to take care when swimming in the sea and to pay close attention to warnings of lifeguards’ flags.

They state online that “the maritime police have the power to fine bathers who disobey the lifeguards’ warning flags.”

Death by drowning occurs annually in beaches throughout the region, frequently due to unawareness of just how powerful tides can be.

Tuesday’s tragic occurrence has brought the number of people who have drowned this summer on Portuguese beaches to eight.