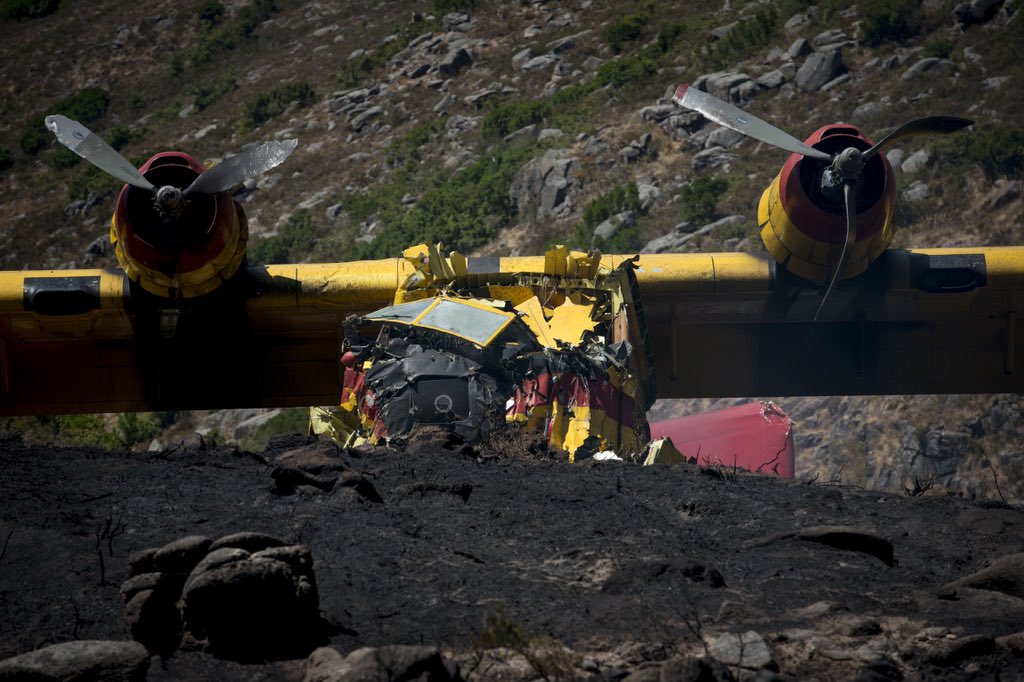 As Spanish air accident investigators look into the causes of yesterday’s tragic accident that caused the death of a Portuguese firefighting pilot, reports have stressed that the Canadair plane had been in active service for 46 years.

A post on social media was one of the earliest signs of the plane’s advanced age.

Indeed, the comment went further, asking why Portugal leases heavyweight aircraft like Canadair water bombers and Russian Kamov helicopters “that are old and which no-one else wants? Is price the only criteria?”

It’s yet further indication of a sense of distrust afoot.

Yesterday experts were cited as saying that a Canadair plane, no matter what year its manufacture, was ‘not the right kind of craft’ for the fire that is still raging in the Peneda Gerês national park.

There was also criticism of the time it took for medical help to get to the injured men.

Both pilot and the co-pilot survived the crash and managed to drag themselves out of the debris.

But due to the terrain being too complicated for a helicopter to land, the medical team only reached the site an hour after the accident – by which time pilot Jorge Jardim had gone into cardio-respiratory arrest (click here).

It is believed that the Canadair’s engine failed, reports Correio da Manhã today, though this still has to be confirmed by investigators.

Meantime Portuguese authorities have opened an inquiry into how the fire began (on the Portuguese side of the national park). First signs of it came before dawn on Saturday, suggesting this will have been (yet another) case of arson.